Today was … well … it was a very good day. Studied manuals on the new iEFIS unit this morning, got some emails done, calisthenics. Weights, treadmill and a walk. Breakfast at noon and then off for an adventure at the good Dr. Bill’s. 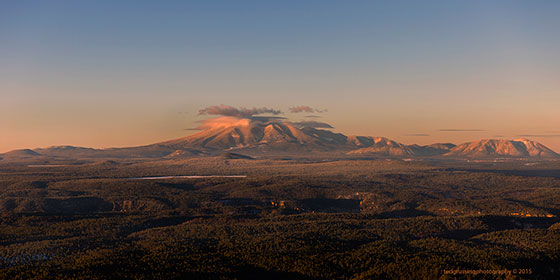 About four hours in the chair looking out at the beautiful red rocks and a sky that started off filled with rain and snow up canyon and then as the hours went by the clouds began cycling out of existence and I knew what was coming after David was done with me. I had the better of the afternoons … I got to take short naps, dream about what the sky would be like late afternoon … David had this patient he was busy working on who occasionally found his work so interesting that he dozed off … and he and staff were very busy working … on me.

It is also kind of a memorable event in that the teeth he was working on will likely never need to be worked on again … kind of a neat feeling! :+) Having spent a lot of time in dental chairs over the years it is well, nice to know that at least these are done … reminds me of how my Dad took delight in his afternoon cocktail on the balcony in Minnesota while undergoing chemo for a pretty advanced cancer … he would let the mosquitos bite him and then as the chemo laden blood was ingested by the mosquito it would fall over dead! Funny … Dad thought so too … his revenge for being a target and supplier of sustenance to them for so many years. :+) No revenge here, but a satisfaction knowing that with the high quality work that David does he and I are both done with those … promise I won’t go to sleep with chocolate melting in my mouth again David … even though there are studies showing chocolate is good for the teeth … David and I know better than that :+) http://www.sedonadentalarts.com/

So with a mouth that wasn’t sure it even existed, I headed across the street and up Airport Road, visited with a friend whilst I got Mariah out and ready to fly. Winds were moving pretty good a few thousand feet up and hoped that wouldn’t affect the inflight calibration of the compass in the iEFIS which I planned on doing on this short flight before sunset. To calibrate it you initiate the program  and then fly rather erratically doing lazy 8’s, 360’s, various bank and pitch angles and after a few minutes you get the report … 99.2% accuracy for mine and this was confirmed when I landed on rwy 3 (actually 032 on the compass rose) and heading straight down the center line it read 032.  Love the new MGL Avionics instruments. My flying during the calibration appeared so normal that another pilot called me on the radio and asked if I was okay. Fun!

A few more functions and sensors to calibrate, but it is going well. Then it is back to Performance One for installation of the nav lights, and the traffic transceiver, hooking that and the radio into the iEFIS and I’ll have one of the neatest and most functional panels you can put in an aircraft like this. Joe Kulbeth who distributes the new Sundancer (new name for the Lambada) is putting this glass panel in all new ships he is importing for sale in this country … he is a good guy to boot. Any interest? Check his website out at: .

Because I currently have to be on the ground at sunset I did not have time to go up to the peaks this afternoon and so missed best color up there. I did get this shot from just over the rim on the way up there;  didn’t get much closer though … still, I love the shot. The San Francisco Peaks have lenticular cap clouds over them and snow all the way down that was turning orange/pink as the sun was going down. The sliver of water on the far left is Rogers Lake and not sure what the near one more center is. The canyons you see in the foreground are all part of West Fork. To the right of the Peaks is Mt. Elden and just below it a sort of diagonal looking line is Pulliam Airport in Flagstaff and to the left of it you can see the city of Flagstaff. After next week the plane will be legal post sunset flying and I can go up there and get the last rays on the peaks. The sun has a lower angle on the peaks than you get on the rocks in Sedona too, as Mingus Mountain clips the sun well before actual sunset. It is about 8,000’ and about 20 miles from Sedona and most of the rocks around here are under 6500’ … up on the plateau there are no intervening mountains.

Anyhow, it was a terrific day and hope yours was too … enjoy the day and share a smile with those whom you meet today … they might not be here tomorrow … and keep breathing.