… considered a delicacy in many countries, our friend a blue heron at the ponds was gorging himself on the gourmet food … not cooked in butter with garlic and lemon, but he seems to be enjoying the meal nevertheless. One more gulp and they were down … and he continued the hunt. 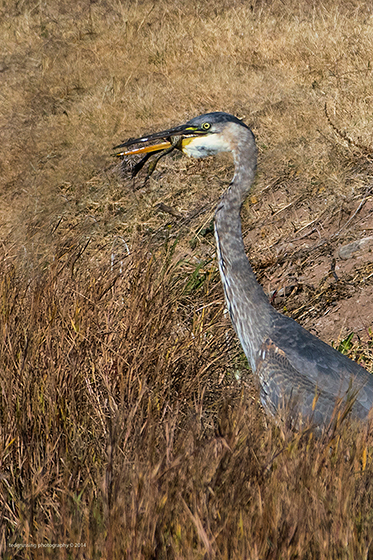 It was a wonderful weekend and after church it was over to NYC bagel and a couple of sugar free vanilla lattes for John (not just any John) and me … good conversation and then down to the ponds for a walk and a shoot, home and just finished the PowerPoint presentation for the Sedona Camera Club tonight. Should be a fun event and if you are at all interested in photography the camera club is a good place to be. Meeting begins at 6P at the Methodist Church just off SR 179 in the Chapel area. I’m pretty sure they encourage visitors so come check it out.

A friend who I enjoy having discussions with thought I was over the top with my comparisons of tobacco smoke to wood smoke and we began digging into actual studies on the subject. He came up with the first one and the others I found (he has probably found these and more) … turns out that there are a lot of them, but unlike tobacco deaths directly and through second hand smoke there has not been a lot of reporting on wood smoke as a health hazard. The Berkley study has some findings that ER visits related to respiratory causes can jump as much as 91% from wood smoke and I think the lowest was around 40%. Probably be a good idea if we all knew what is being put into the air whether it be prescribed and managed burns, fireplaces, wood burning stoves et al. Just beginning to scratch the surface it sure looks like unpleasant stuff that gets put into the air we breathe. The links are: https://fortress.wa.gov/ecy/publications/publications/91br023.pdf , , https://fortress.wa.gov/ecy/publications/publications/91br023.pdf , http://ehs.sph.berkeley.edu/krsmith/publications/2006%20pubs/JIT%20Woodsmoke2.pdf , , and sad to say that it looks like about 90% of all wildfires are caused by man and only about 10% from natural causes (lightning and lava flows) … this according to the National Park Service : http://www.nps.gov/fire/wildland-fire/learning-center/fire-in-depth/wildfire-causes.cfm the 90% would also include the prescribed burns as well as camp fires, cigarettes and arson.

Perhaps if there are specific studies designed to determine the total effect of the smoke from prescribed/managed burns there would be fewer and smarter ones than what we have seen this year in Sedona where five managed fires inundated Sedona and the Verde Valley for days and weeks on end. Not looking forward to the valley being inundated with smoke from wood burning stoves and fireplaces either … it may smell good, but check out what is going into your lungs. I am trying to stick primarily with studies and links from governmental agencies and top research facilities.

Cigarettes cause between 393,000 and 480,000 deaths per year and second hand smoke between 18,000 and 41,000 … both ranges depending on the government agency or lung organization you click on. I could find nothing, so far, on deaths attributable to wood smoke. This does not mean it does not occur, but there has been no interest in collecting data to provide meaningful statistics. One link I did find and which also has some additional links within it is: http://burningissues.org/health-effects.html I have not checked out the links or studies within it.

It is Thanksgiving week and we have a lot to be thankful for … we live in this great country and among the great people who like ourselves comprise the citizenry of this wonderful United States of America … a noble country and a noble people.

Have a wonderful day and the heron reminds me of time when I had frog legs in restaurants … that was a long time ago … but they were good … I think he smiled when he got it down :+)

I ask no odds of any man, I am not one that follies sway.
I am the source of my rewards, I do my work each day.
— Max Ehrmann