Today’s Photo from Ted Grussing Photography: A Day Late and On Time

… I’m a day late with a Happy Birthday to all Marines out there … Semper Fi, I had an uncle who served as an aviator in the Marine Corp in WWII and my older brother who spent years in the USMC Reserves.

On time with a huge thank you for your service to the millions who have served our nation in military service … without you our nation would never have survived.

Members of our family have served in every branch of the military, but I was the only one to serve in the USAF, so the photos tonight depict a beautiful display of USAF aircraft; the C-130 doing an overflight of Sedona airport and a couple of Ospreys coming in for a landing and refueling. Special thanks too, to the crew members of these aircraft, several of whom are on this email list … 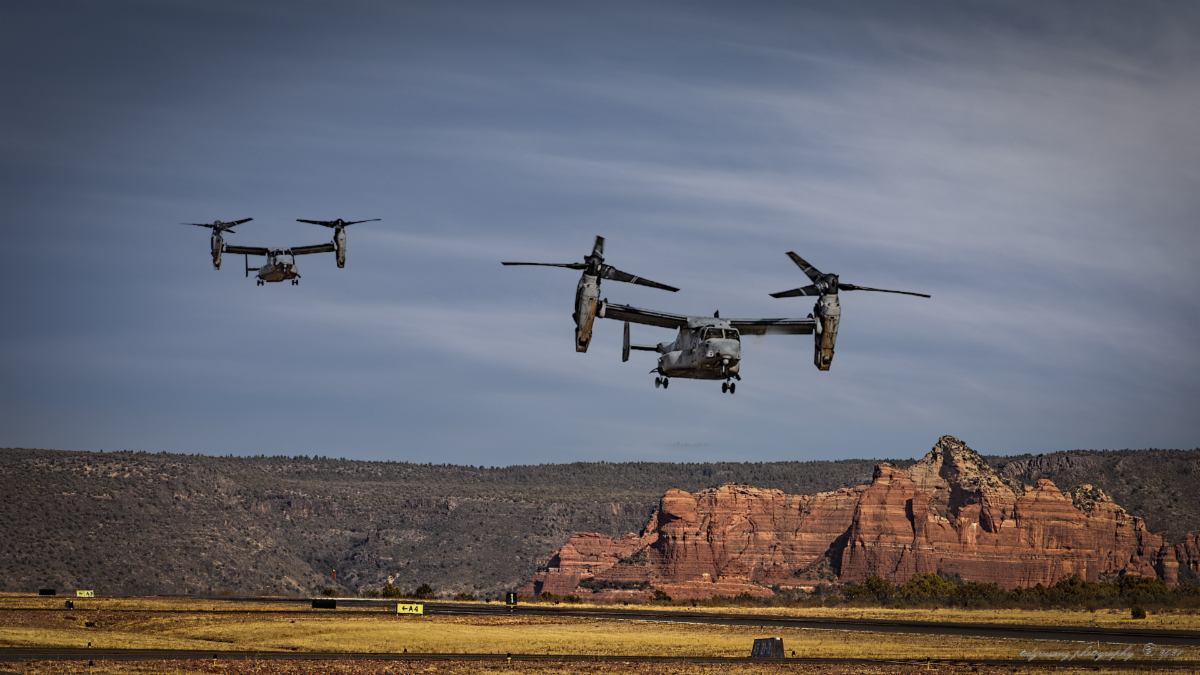 To the several buddies of mine that I served with and who are on this email list … thanks! It was great serving with you.

Now for the weekend, a day on Lake Pleasant coming up!

Cheers and live your life and give thanks to those who have served whether in combat or not … they are the reason you have a free country to live in.

The moon is passing in and out of the clouds, making
a shadow-checkered day of the night, and breaking the
sky with shafts of gold.
All silent, the universe is doing its work—beautiful,
mysterious, religious!
excerpts from A Few Hours Ago by Max Ehrmann