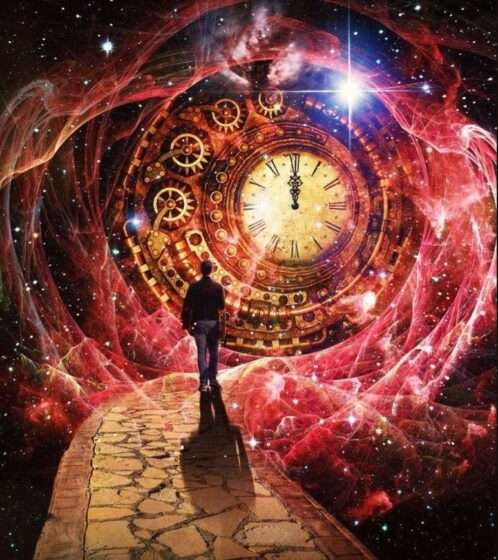 To be present means more than I used to understand. I used to say, ‘I’m here, I live in the now’, but I had scarcely scratched the surface of what that meant. I had taken the first step, a step that graciously left time and space, me and others wholly intact. And boy, did I think I was something.

I was running a con and didn’t even know it. I’d seen the futility of letting my past control me and the wasted breath of worrying about a future that hardly, if ever, came to pass, so I unconsciously negotiated a truce where I was still left standing. I would remain present, as best I could, and I wouldn’t have to look too deeply into the abyss. I was present and that was the goal, right?

God must have laughed out loud. Isn’t she cute!

Back then, I saw now as a tiny moment on a sliding scale of time — past present future — and didn’t spend a lot, or at the least as much time, thinking about what had happened or what might. Here wasn’t much better. It was the ground under my feet, the place that I was experiencing in my linear now.

I had barely arrived at the starting gate on a very long and winding path, but it was not being present. It was a life filled with suppression and affirmations, redirected thought and recrimination. It’s actually funny how often I thought I had arrived, how enlightened I believed I was. If a seeker could have just one gift, I think I’d choose beginner’s mind.

Every now and then, dissonance would arise around my understanding of now. I knew something was off, that the puzzle pieces were crammed and jammed, that they didn’t fit neatly into place, but I just couldn’t see what was missing.

You see, there really isn’t a now in time. By the time awareness of the fleeting moment we call now arises, it is long gone, leaving echos of a past and imaginary silhouettes of a future and nothing in between. Look closer and the whole mess falls apart. What is past but memory, mind, stored perceptions and feelings? What is future but the supposition of more to come?

It doesn’t take more than an open mind to understand that time never was more than a concept, useful, but without a speak of reality. When time falls apart, where is now?

What is always present, what is presence itself? What is ever-present, without which experiencing cannot be? Simple. Basic. Awareness. Consciousness. Knowing. That which you call I.

What an amazing imaginary time machine life is!