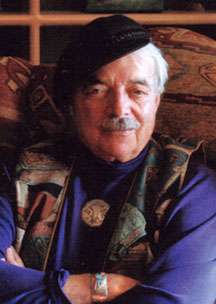 Now it can be revealed amidst the numbing glare of quick-hit social-mediated bits and bytes, clouds of tweets and texting: The Great Gatsby was NOT great. Actually, by calling his character “great,” Scott Fitzgerald was being sardonic, even sarcastic.

Indeed, great is the word many citizens toss around Tourist Town from Wrenwood to Rene’s, when they talk of Arizona’s great legislature, great Sedona City Council, great mayors and city managers in the Verde Valley.

Ponder, for a moment, the flip side of the coin. Sedona truly does deserve to be called great due to the Canyon Singers and, ironically, thanks to the efforts of the ‘Sedona 25,” dubbed by a myriad array of citizens to be the great complainers. Indeed, sources report that this noble newspaper is planning to award the best of all complainers with a reward: sit through six council meetings without saying a word and never doze off, and of course receive a lifetime, free subscription to this in-stained sheet.

Insiders tell of the legendary Sedona 30, the powerhouse composed of uptight citizens dedicated to the shaping of Sedona’s future, able to turn water into wine. When measured against reality, however, that power dims when compared to the Sedona 25.

Hardly a day goes by when city staff and the mythological mayor are not blitzed by complaints, some as long as Judi’s menu. Complaints range from the fear of music up on the Posse Grounds to the possibility that there won’t ever be any music on the Posse Grounds. Others on the list are locals who wish to have home veggie gardens as a sign of caring that water will soon be rising on the coast of California, and not because of a surfing contest. And don’t forget Homeowners Associations in which homeowners may be penalized if flowers in their gardens are the wrong color—and do they complain with lawyers at their backs.

On the other hand, there are movements forming to halt the formations of veggie gardens on the grounds that our President made up the threat of climate change up to confuse the opposition party now begging for more scandals—and plans to seize our shovels, hoes, and trowels.

Some say that there’s a secret drawer somewhere in City Hall where the day-by-day, repetitive, rhetorical, uninformed, supercilious, self-important complaints are filed, perhaps awaiting to be discovered by city staffer with an eye to publishing someday possibly salacious matter.

In the meantime, the other local newspaper often features letters to the editor from men who have spent numerous years in dark places where contact with other humans was rare, truth was scarce, egos gone out of proportion and complaints are their daily bread.

Numerous books have been written about the paradoxical nature of complaining. As various academics have put it, many people, even Sedonans, have a love-hate relationship with complaining.

For instance, local people whine about ADOT yet love the quality of the roads ADOT lays down. Same goes with the Sedona District Forest Service. People moan and whimper about the condition of some of the trails but never lift a finger to improve them, mess them up more, never bother to write their congressmen to boost budget funds

Looking at the boom in complaining from another direction, Asserts Will Bowen, founder of an outfit dubbed “A Complaint-Free World,” much research has been done “that shows that complaining is damaging to health, relationships and careers. When people go 21 days without a complaint, they say they are happier.”

Here’s to more happy citizens in Sedona though so many citizens wouldn’t know what to do then.