The Season of the Audition for Music Director/Conductor 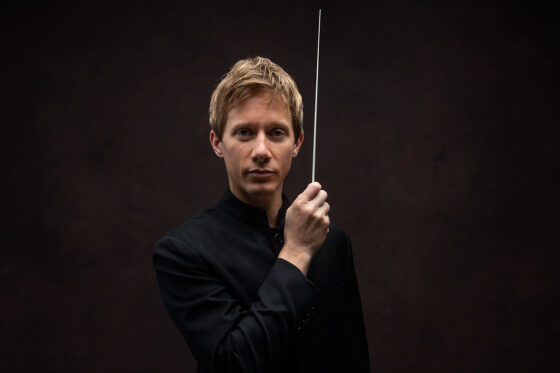 Verde Valley News – The Verde Valley Sinfonietta presents its opening concert of the 2022-2023 season under the direction of guest conductor Scott Seaton, one of four finalists in the Sinfonietta’s search for a new music director. The concert also features guest cellist John Walz, performing Haydn’s Cello Concerto No. 1 in C major, on Sunday October 23, at 2:30 PM in the Sedona Performing Arts Center. Schumann’s Symphony No. 2 and William Bolcom’s Commedia for (Almost) 18th Century Orchestra round out the program.

American conductor Scott Seaton has been praised for possessing “finesse, clarity, and precision” by the Luxembourg Times and has left audiences “breathless” according to Entertainment News Northwest. He is in his eighth season as Music Director of the North State Symphony in Northern California and was also recently named the Artistic Director of the Signature Symphony in Tulsa. As an artistic leader, he has collaborated with such artists as Project Trio, Alessio Bax, Gabriela Martinez, Charlie Albright, Doc Severinsen, and Sara Davis Buechner.

Originally from Nashville, Tennessee, Seaton has earned degrees from the Université de Montréal, the New England Conservatory, and Vanderbilt University. He has also studied at Tanglewood, and the National Conducting Institute sponsored by the National Symphony Orchestra. His mentors include Michael Morgan, Jean-François Rivest, Robin Fountain, Charles Peltz, and Carol Nies.

John Walz is a celebrated soloist and chamber music artist, known for his dazzling virtuosity and elegant musicianship. A student of the legendary French cellist, Pierre Fournier, he has appeared as soloist with more than 300 symphony orchestras on 4 continents, including the major symphonies of Los Angeles, London, Prague, and Munich – performing with such esteemed conductors as Zubin Mehta, James Conlon, JoAnn Falletta, Paul Freeman, and Murry Sidlin. His performances of 25 different concertos include both standard showcases and rarities like Martinu’s Concerto #1 and William Schuman’s Song of Orfeus. In addition, he has had the honor of premiering works by many noted composers, including John Williams.

In 1979, Mr. Walz, along with pianist Edith Orloff, founded the Pacific Trio. Now performing with violinist Roger Wilkie, this renowned ensemble has played more than 900 concerts throughout North America and Europe.  In addition to his solo and chamber music duties, he is currently the principal cellist with the Los Angeles Opera, a position he previously held for 20 years with the Long Beach Symphony.

The October 23rd concert begins with Bolcom’s Commedia for (Almost) 18th Century Orchestra. It is a unique musical adventure that showcases this popular composer’s musical wit and clever use of orchestral instruments. Often they represent characters in a play or comedy and at other times they create unexpected juxtapositions of mood.

Haydn’s Cello Concerto No. 1 in C major represents the “Classical” period at its best. It has become a favorite concerto with cellists, due to its virtuosic writing for the instrument and its bright, youthful character. Haydn composed it during his early years (1760s) at the Esterhazy court. He probably wrote it for his close friend, Joseph Weigl, a virtuoso cellist in the prince’s orchestra.

Haydn took up where Vivaldi left off in his development of the cello concerto. While difficult to play, the part is idiomatic to the cello, with rapid string-crossing and scale passages exploring the large range of the instrument.

Robert Schumann’s Symphony No. 2 in C Major, Op. 61 represents a personal triumph. He began to sketch the symphony on December 12, 1845, and completed a draft of the entire work by December 28. He spent most of the next year (1846) orchestrating. His depression and poor health, including ringing in his ears, prevented him from finishing the work until October 19, 1846. A critic of the day wrote, “The emotional drama in this Symphony leads from the fierce struggle with sinister forces (first movement) to triumphant victory (finale), while the intervening stages are febrile restlessness (scherzo) and profound melancholy (adagio).” This progression from darkness to light as a musical process had its precedents in the Fifth and Ninth Symphonies of Beethoven, whom Schumann revered.

This concert is co-sponsored by Sue Buffum, John Martinez and Carol Palmer, and Darol and Dee Dee Jurn. Tickets are available on the Sinfonietta website: VVSinfonietta.org.