Cottonwood AZ (March 15, 2019) – On Saturday, March 23, 2019 at 7:00 P.M., the 9th Annual Old Town Blues Fest will feature Bresnan Unplugged as the headliner act, along with Hans Olson on the opening set. The night will also feature a special guest appearance from Joe Neri, past Director for eight years and Founder of the Blues Fest. This year’s Blues Fest will present a rootsy touch to the blues tradition, featuring “old-timey,” folk, and jazz standards. Dan Bresnan, leader of Bresnan Unplugged, is also this year’s Blues Fest Director.

The Bresnan Unplugged Trio will perform two sets of music and is happy to return to OTCA after many well-received sold out shows at this venue. The ensemble on this performance features leader, Dan Bresnan (vocals/acoustic archtop guitar), Steve Douglas (acoustic upright bass), and Dr. Bob Sellani (drums).

Dan Bresnan (vocals/acoustic guitar) is an international recording artist, guitarist, vocalist, songwriter, as well as a revered luthier (Bresnan Guitars). His well acclaimed Bresnan Blues Band’s 2014 debut CD, “Party in My Backseat” has received rave reviews and has been in regular rotation on radio stations across Europe. Dan’s performance and songwriting style is a fusion of folk rock, Americana, Roots, Blues, Classic Rock, influenced also by 40’s and 50’s pop standards. Dan is currently a member of A.S.C.A.P., the Guild of American Luthiers, and Chamber Music Sedona.

Steve Douglas (acoustic upright bass), guest with this ensemble, began his music studies in Michigan, performing there with various jazz and symphonic ensembles before moving west. He has performed locally and across AZ for the past 15 years as a performer with a number of his own bands, such as, ZAZU, a gypsy swing group; Pop Goes Vivaldi, a classical pop trio; SoundScape Sedona, the Sundown Quartet, and many others. Steve plays all styles, including 60’s pop, bluegrass, western swing, Motown, funk, Baroque, jazz, and blues.

Dr. Bob Sellani (drums), also a guest with this ensemble, is the Founder and current Verde Valley area VP for the Northern Arizona Blues Alliance. He specializes in the blues genre and has competed in the Memphis International Blues Challenge for the last 4 years and was a semifinalist performer in 2017. Dr. Bob performs regionally with various blues ensembles in Sedona, Verde Valley, Flagstaff, and Phoenix. 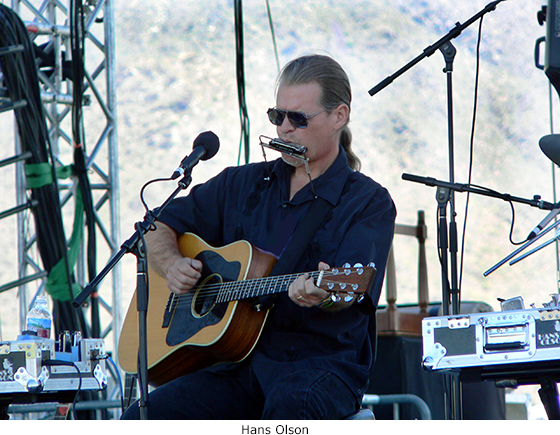 Hans Olson has been a fixture on the Arizona music scene for 50 years. After fronting many bands in the 60’s and 70’s, Hans’ solo act became more popular than his bands and he now plays solo all the time. He has released over 17 albums. He has toured extensively in the U.S., Canada, and Europe. Hans is a very prolific songwriter in many styles of music, though he is mostly known as a Blues musician. He plays an amplified acoustic guitar and harmonica in a neck rack. He is known as one of the best “harp-in-a-rack” players in the world. 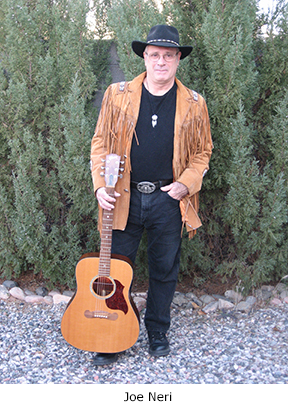 We are honored to have Joe Neri return to Arizona as the Founder and past Director of the OTCA Blues Fest. Joe will present a special performance on Vocals and Guitar at the beginning of the Blues Fest program. Now residing in New Mexico, Joe spent over ten years as a resident in the Verde Valley and was known for his many performances in the area with his acclaimed blues band, Blues Dawg. Welcome Joe back for his special performance!

“Get your Blues On!” with some down home music at this annual favorite event at OTCA!

Tickets for the 9th Annual Old Town Blues Fest are $20 in advance, $22 at the door, and $25 for priority seating. Tickets are available online at www.showtix4u.com, in Cottonwood at Desert Dancer and Mount Hope Natural Foods; and in Sedona at The Literate Lizard Bookstore. Old Town Center for the Arts is located at 633 N. 5th Street (5th Street & Main) in Old Town Cottonwood. For more information please visit www.oldtowncenter.org or call Elena Bullard at 928.634.0940.