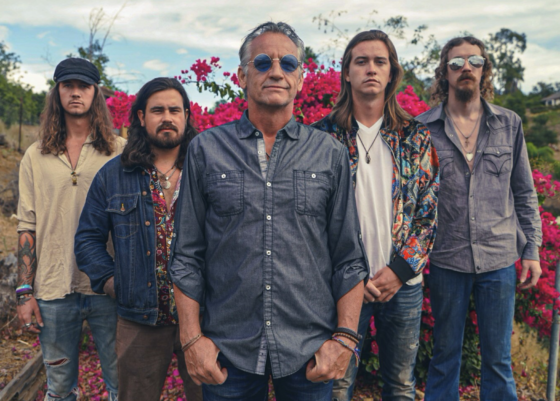 On Friday, October 29 from 7 to 10 p.m., consummate performer and national touring artist Michael Johnson and the Denim Brigade rock the night away, featuring local musicians Patrick Ki on guitar, Adriel Zang-Perrault on percussion and Marcus Vann on bass.

This folk-rock ensemble of gifted professional entertainers will take you on a magic carpet ride through classics by James Taylor, Paul Simon, Kenny Logins and more, flavored by their unique inimitable style.

Johnson is a Berklee educated musician and touring recording artist based in Las Vegas. He performed with many national symphonies and in pop & rock concerts, including shows with Cheap Trick and other famous acts. He is also a composer and recording artist now completing his new album, “Exploring the Open.”

Vann has toured internationally and has played with several international artists including Paul Shaffer (Late Night with David Letterman), and The Righteous Brothers. His command of the bass is impressive, and he keeps it deep and funky.

Ki is a long-time Sedona-based musician and a virtuoso on the guitar and ukulele. Educated at the Berklee School of Music and The Musician’s Institute, two of the nation’s finest guitar schools, Ki is a longtime local standout in the Sedona music scene.

Zang-Perrault is a drummer, songwriter, producer, and singer based in Sedona Arizona. He graduated from NSAA in 2008 and has made music ever since.

This Canada-based group, centered by a father, his two sons and two friends, puts on a highly charged and energetic performance punctuated by soulful lyrics, impeccable musicianship and beautiful harmonies.

Audiences far and wide have been blown away with their animated shows that combine Folk/Americana traditions of the 1960’s and 70’s with deep and introspective messages pertaining to love, courage, vulnerability and personal freedom.

They express through their music core values to lead a life that serves a purpose greater than ones-self.

Both shows are ticketed events so call 928-282-2713 to purchase tickets and make reservations in advance.

Also, on Wednesday, October 27 from 5 to 7 p.m. it’s Wineaux Wednesday with Patrick Ki; and on Thursday, October 28, it’s Chill on the Hill with Eric Miller.