Sedona AZ (June 6, 2020) – At 7:27 a.m. the morning of June 5, Sedona Fire District was dispatched to the 300 block of Acacia Dr. in the Chapel area for a reported structure fire.  Upon arrival, firefighters found a house, two vehicles, and a piece of powered equipment on fire.  The fire had also spread into some nearby brush and was beginning to burn a neighboring home.  Fire crews quickly went to work protecting the neighboring structure and confining the fire to the vehicles, equipment and the one structure.  “The smoke column was very impressive and was visible from quite a distance,” said Fire Marshal Jon Davis.

A roofing contractor working at the site reported the fire when their tar pot malfunctioned and caught on fire.  The two nearby vehicles and a portion of the house they were working on quickly caught fire as well.  One roofer was trapped on the roof for a short time when the fire grew too big for him to escape as the ladder to the roof had been placed near the tar pot. 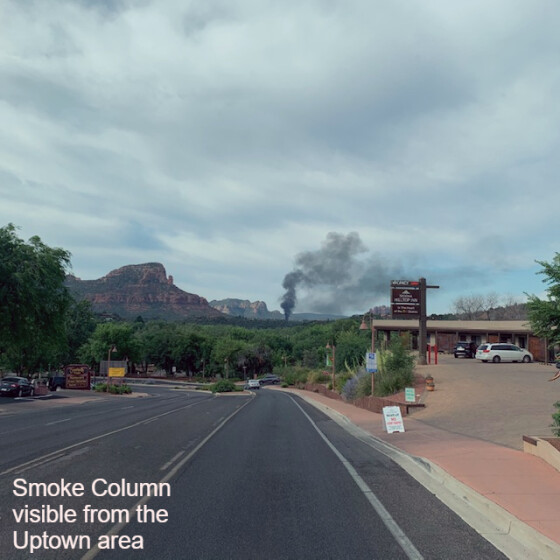 “Our firefighters did an amazing job in handling this situation,” said Davis.  “Upon arrival they had two structures, two vehicles, a piece of portable equipment, and a brush fire to contend with, all at the same time,” he continued.

Fire investigators have determined that a malfunction of the tar pot heating system is the likely cause of the fire, but the investigation remains open to determine the exact cause.  “We will be doing an in depth examination of the tar pot in the next couple of days, after it has had a chance to cool down,” said Davis. 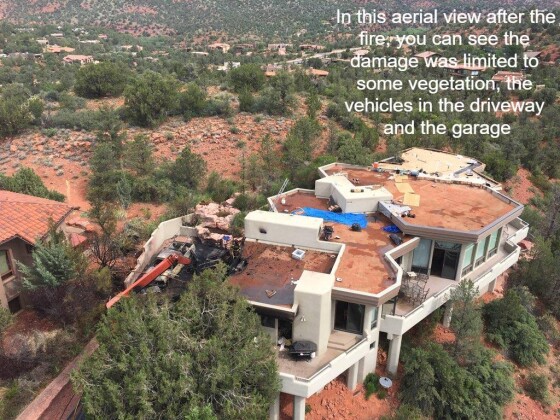