Sedona AZ (June 9, 2016) – The Sedona International Film Festival is proud to present the Northern Arizona premiere of the acclaimed and powerful new film “Almost Holy” showing one day only: Thursday, June 16 at 4 and 7 p.m. at the Mary D. Fisher Theatre.

This inspiring film is receiving rave reviews from critics and audiences around the world. It is executive produced by Terrence Malick and Nicolas Gonda and directed by Steve Hoover.

One person really can make a difference in the world.

After the collapse of the Soviet Union, Ukraine’s social and political institutions faced massive change, including an increasingly corrupt government and crippled infrastructure. A number of the nation’s youth wound up homeless and addicted to a lethal cocktail of injected cold medicine and alcohol. 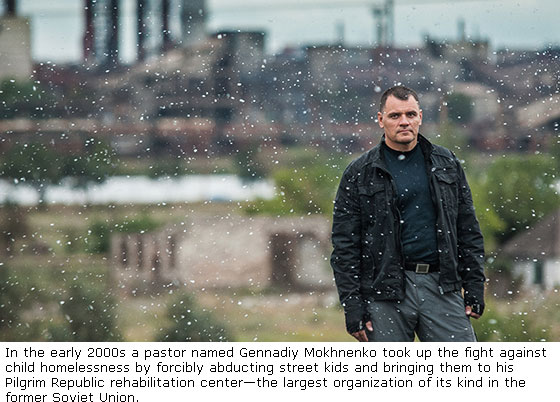 In the early 2000s a pastor named Gennadiy Mokhnenko took up the fight against child homelessness by forcibly abducting street kids and bringing them to his Pilgrim Republic rehabilitation center—the largest organization of its kind in the former Soviet Union.  Gennadiy’s ongoing efforts and unabashedly tough love approach to his city’s problems has made him a folk hero for some, and a lawless vigilante to others. Despite criticism, Gennadiy is determined to continue his work. 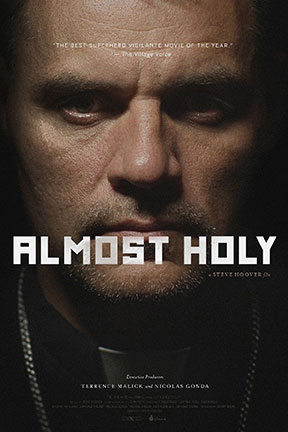 “The journey of this film began in 2012 when some of my co-workers were commissioned to do a promotional video in Ukraine,” said director Steve Hoover. “While in Mariupol, they met Gennadiy Mokhnenko and spent a few days with him. After listening to his stories and witnessing his amorphous work, they returned with enthusiasm and proposed doing a feature length non-fiction film on Gennadiy. I was struck by the character of Gennadiy.”

“The best superhero vigilante movie of the year!” raves The Village Voice. The New York Times calls the movie a “vivid portrait” and Time Out calls it “truly inspiring”!

“Almost Holy” will show at the Mary D. Fisher Theatre on Thursday, June 16 at 4 and 7 p.m. Tickets are $12, or $9 for Film Festival members. For tickets and more information, please call 928-282-1177. Both the theatre and film festival office are located at 2030 W. Hwy. 89A, in West Sedona. For more information, visit: www.SedonaFilmFestival.org.