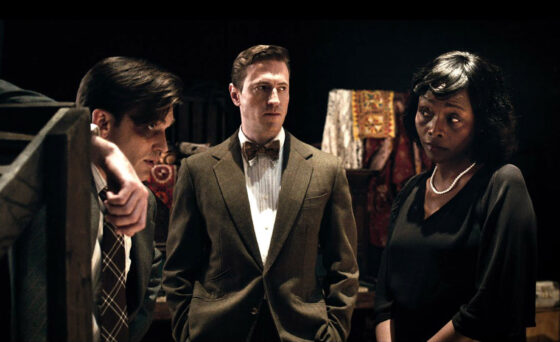 “Voodoo Macbeth” premiered at the 2021 Sedona International Film Festival where it received the festival’s highest honor “Best of Fest” Award, as well as the Indie Spirit Narrative Feature Award. Audience members and critics have been raving about the film.

In 1936 Harlem, the first all-Black cast production of Macbeth struggles to make it to opening night amid political pressure and clashes between leading actress Rose McClendon and its gifted director Orson Welles.

Before “Citizen Kane” and “The War of the Worlds”, leading Broadway actress Rose McClendon and producer John Houseman convince a talented but untested 20-year-old Orson Welles to direct Shakespeare’s Macbeth with an all-Black cast in Harlem.

Reimagined in a Haitian setting, this revolutionary 1936 production, which came to be known as “Voodoo Macbeth,” would change the world forever, but the road to opening night proves to be a difficult one.

Orson and Rose – who is to play Lady Macbeth – clash over everything from scene blocking to crew hires, while Houseman contends with a congressman hell-bent on shutting down what he deems “communist propaganda.” Welles and McClendon must overcome political pressure, personal demons, and protests to realize their groundbreaking vision.