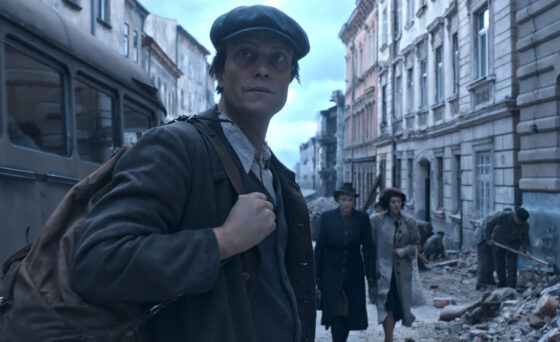 “Plan A” is based on the incredible true story of the “Avengers” — a group of Jewish vigilantes, men and woman, who after surviving the holocaust are vowing to avenge the death of their people.
Share
Facebook Twitter LinkedIn Pinterest Email Reddit WhatsApp

Sedona News – The Sedona International Film Festival is proud to present the Northern Arizona encore of “Plan A” showing Oct. 28-Nov. 2 at the Alice Gill-Sheldon Theatre.

Based on a true story, “Plan A” premiered at the recent Sedona International Film Festival where it was one of the highest rated audience choice films in the narrative lineup. Audience members and critics have been raving about the film.

They survived the Holocaust, now they plan their revenge.

“Plan A” is based on the incredible true story of the “Avengers” — a group of Jewish vigilantes, men and woman, who after surviving the holocaust are vowing to avenge the death of their people.

Max, a holocaust survivor, has lost all his family in the camps. Full of rage and with nothing left to live for other than revenge he helps the Jewish Brigade, soldiers under British command, to — off the record — find and execute Nazis accused of leading positions in the Nazi system.

When the brigade is called off, Max follows Anna and a group of former partisans to Nuremberg, where they soon realize that they will not find redemption in the upcoming Nuremberg trials.

Led by charismatic leader Abba Kovner, they formulate the biggest revenge operation in history — “Plan A”. They infiltrate German water companies as undercover engineers with only one goal: to poison the drinking water in Nuremberg, Munich, Cologne, Weimar and Hamburg.