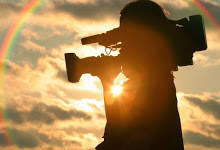 In subtle ways, information available to the general public about UFOs and other emerging scientific developments may be morphing.
Some of what used to be absolutely top secret might now be considered appropriate for public education and preparedness. Other information will undoubtedly remain classified and restricted, probably for a number of reasons.
In the late 1940s (July 1947 to be exact), media coverage and public awareness on the UFO topic suddenly expanded with international news reports about the Roswell crash. Just days later, journalists and the public were told that the crashed and recovered “saucer” was actually just a weather balloon that had been misidentified by the Army Air Forces base intelligence officers and commanding officer at Roswell Army Air Field.
Some researchers claim that shortly after and as decades rolled on, certain governmental and related efforts were put into motion. These activities reportedly may have included obtaining more information about the UFO situation, acquiring advanced technology, identifying scientific implications and assessing possible threats.
In addition, a security blanket over the UFO subject was allegedly established. Compartmentalization and information restrictions as well as need-to-know guidelines were implemented.
Activities to attempt to handle and coordinate the UFO situation may have included downplaying the subject in the news media. UFO researchers reportedly were monitored. Various approaches may have been used to manage public information on UFOs and related matters, including influencing movies, TV, books and other media platforms.
SCIENCE, SOCIETY, MEDIA
In 2014, there seem to be indications that some of these goals and methods may have changed somewhat. Did everyone get the memo?
It’s challenging to turn a big ship around. In this case, the “big ship” could be the decades of certain governmental policies, media coverage, along with public information and understanding, or lack of it.
By its nature, the UFO situation is reported to be quite sensitive and complex. There is probably more to the story than just intelligent beings from another planet visiting us. Some scientists and other researchers appear to believe that the UFO phenomena are related to a much bigger picture about the physics of the Universe.
Our world, our Universe and our very consciousness are reportedly part of new discoveries and insights.

There seems to be an ongoing process of learning more, comparing notes, investigating and being open to valid new information and perspectives.

Steady, gradual and appropriate public education on UFOs and related matters might have been going on at some level for many decades. At the same time, governmental or other groups and organizations may have had varied viewpoints and used different methods in trying to learn more and handle this situation.
Separating the information that is suitable for the general public from that which is classified or inappropriate for the public will undoubtedly be a continuing task. There will probably also be differences of opinion about what the public has a need to know, and what the public can handle and understand.
Are individual journalists, the news media and the entertainment media doing their part to assist in these efforts?

Many mainstream news organizations, national and local, seem to occasionally try to cover these topics in reasonable ways. Some individual journalists have covered UFOs well, whether it’s a breaking news story of a credible UFO sighting or more in-depth investigation and analysis.

The marked increase in TV entertainment programming on UFOs and other scientific issues appears to reflect strong public interest. Many media producers’ creative experiments are bringing important information on these subjects to audiences in effective ways.

Worthwhile news and entertainment media efforts seem  to have very important parts to play, along with other educational activities of various kinds.
ORIENTATION DELICATE, IMPORTANT

Information and understanding about these leading-edge topics will most likely continue to expand in coming days, weeks, months and years.

For people who are curious about the UFO phenomena and other edge-science topics, maybe we should be careful what we ask for. Some of these issues may have been kept secret for good reasons.

It might not be easy or comfortable to deal with some of the facts involved.

At the same time, there may be potential for some very uplifting and hopeful developments to occur that are in some ways associated with UFOs and different kinds of forward-leaning scientific research.
If we were to attend a high-level briefing by people “in the know,” they might start out with, “I’ve got good news and bad news.” And, they might tell us the situation is actually somewhat mind-boggling in its scope and complexity.

There may be a challenging learning curve that we are all facing.

Are we up to this task? Can individuals and societies handle new, amazing and complicated information, then adjust to it in appropriate ways? These are probably very legitimate questions … and the answers could be uncertain.

This may be part of the reason why these kinds of scientific topics are so delicate, and why appropriate, gradual public orientation is so important.