By Annette Star Lustgarten, Member of the Board of Trustees

Sedona AZ (April 3, 2012) – The Jewish holiday of Passover is a major holiday commemorating the Exodus of the Israelites from bondage in Egypt. The story starts with the birth of Moses. The Egyptian pharaoh feared the rise in the Hebrew population, as they had flourished during their years in Egypt. In order to reduce their continued growth, he issued a decree that all newborn Hebrew male children were to be killed. Moses’ mother and his sister, Miriam, placed the infant in a basket and put it in the river. Fortunately, the daughter of the pharaoh found the basket and raised Moses as an Egyptian prince. 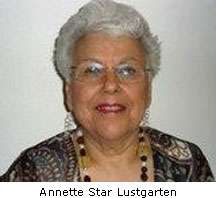 When he was a young man, Moses fled Egypt after he killed a guard he saw beating a Hebrew slave. Moses went to the desert, where he married and became a shepherd. God spoke to him from a burning bush and instructed him to return to Egypt and seek the freedom of his people.

Moses returned, with his brother Aaron, and approached the pharaoh on behalf of his people, pleading that they be freed and permitted to leave Egypt. The pharaoh denied his plea. A series of plagues were brought down upon the Egyptians. The pharaoh agreed after a particularly destructive plague, but then he reneged on his promise to free the Hebrews. The plagues consisted of blood (in the river, killing the fish); frogs (swarming the land); gnats or lice (invading homes); wild animals (invading the land and causing destruction and havoc); pestilence (disease striking down the cattle); boils (appearing on the people’s bodies); hail (destroying crops); locusts ( swarming and eating all the crops); darkness (covering Egypt for three days); and, finally, death of the firstborn (the firstborn of every Egyptian family dying). The Angel of Death visited Egypt, but it “passed over” Hebrew homes, the doorposts of which had been marked with the blood of a lamb.

The pharaoh finally relented and told Moses the Hebrews could leave and must do so immediately. Because time was of the essence, the women packed the mixture that had been prepared for bread before it had time to rise, and thus they had to eat unleavened bread (matzah) on their exodus from Egypt. The pharaoh once again changed his mind, and he and his army pursued the Hebrews to the edge of the Sea of Reeds.

This holiday of freedom is commemorated every year on the 15th day of Nisan, in the Hebrew calendar. This year, the first night of Passover commences on Friday, April 6. On the first night of Passover, families sit down to a Seder (which means “order” in Hebrew) meal at which traditional foods are served and the story of the Exodus from Egypt is retold using a Haggadah, a written guide that relates the order of the Seder and the story itself. The Jewish Bible commands that this story of oppression and freedom be recited annually, and it has been repeated for more than two thousand years.

A Seder will be conducted by Rabbi Alicia Magal at the Jewish Community of Sedona and the Verde Valley on the second night of Passover, Saturday, April 7. A new tradition has developed in the Jewish community during the last twenty years at which a Woman’s Seder, celebrating Miriam, Moses’ sister, is also conducted during the eight-day holiday. This year, the Woman’s Seder will be held Wednesday, April 11. Reservations for both Seders can be made by calling the synagogue: 204-1286.

Sedona Public Library has a number of books about Passover. The following is a sampling of the titles: “Why on This Night? A Passover Haggadah for Family”; “Seder Stories: Passover Thoughts on Food, Family, and Freedom”; “Passover!”; “The Matzo Ball Boy”; “The Passover Seder: Touch, Turn, Operate, and Learn!”; “Haggadah: English and Hebrew”; and “Sam’s Passover”.

More titles are available through the Yavapai Library Network, including: “Miriam’s Cup: A Passover Story” by Fran Manushkin; “Matzo Ball Moon” by Leslea Newman; “The Yankee at the Seder” by Elka Weber and “The Matzah Man: A Passover Story” by Naomi Howland. An e-book, “Passover in the Works of Josephus” by Federico M. Colautti, can also be found in the catalog.