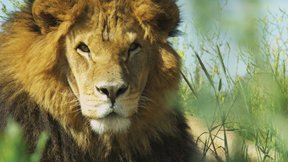 What is engaging audiences in a new way is that Lion Ark is more action adventure style than traditional documentary. The film tells the story of a team from Animal Defenders International (ADI) that secured a ban on animal circuses in Bolivia, and then, when the circuses defied the law, set about rescuing every animal.

Lion Ark is all live action and commentary, close up and personal, right in the thick of the rescue. As close as you get to these animals, understanding them and the effects of circus life. See the undercover investigations that changed a continent; the lobbying; the enforcement of the circus animal ban in Bolivia. Circuses that defy the new law are tracked down, animals saved, and a joyous finale sees 25 lions airlifted to freedom in Colorado.

The rescue was funded by Emmy award-winning TV host Bob Barker who, together with Lion Ark Associate Producer, ADI Ambassador and CSI actress Jorja Fox appears in the film and explains the reasons for the rescue and their feelings about the arrival of the lions.

Tim Phillips, Director of Lion Ark says: “Lion Ark is deliberately close-up and personal, you are in there with the rescuers. We made the film from live footage and the story is told by the people who were there. It shows what people can do when they get together and decide to take action. The response from audiences has been fantastic.”