Library Conference Is Inspiring and Educational

Sedona AZ (July 21, 2017) -In 2013 I attended my first American Library Association (ALA) conference in Chicago. I was completely overwhelmed by the magnitude of this conference, which featured thousands of speakers, programs, events, and exhibitors.  When I learned that ALA 2017 was in Chicago, I was determined to attend with a plan.

The 2017 Annual Conference and Exhibition, June 22 to 27, did not disappoint. More than 22,700 librarians, library workers, and library supporters attended the conference.  There were over 1,800 programs and more than 2,500 events from which to choose. The exhibit hall hosted more than 6,500 exhibitors. 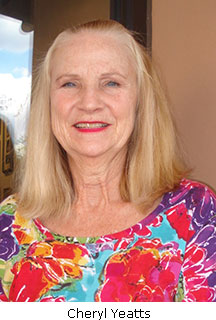 While I could not attend all the programs, I would like to share a few of my highlights:

Waiting in line seems to be the norm during the ALA Annual Conference—waiting for the bus, waiting for speakers and programs to begin, waiting for authors to sign books.  Was all this wait time worth it?  Absolutely!  What better way to connect and share ideas with librarians from all over the world.

Sarah Jessica Parker’s high praise for librarians has stayed with me, “If a library is the very heart of a community, the librarians keep the heart beating.”

I returned from the ALA 2017 Annual Conference exhausted but inspired and proud to be a librarian serving the Village of Oak Creek and Sedona!