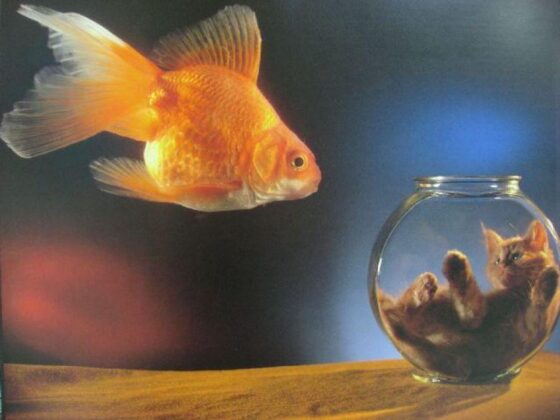 I thought I was free — so many times. Freedom sang louder with each shift in my ability to be with life as it is. I can’t remember how many times I said, “Wow! So, this is IT!!?

How hilarious that seems now. There is no end to the loudness, no decibel level that says, here and no farther. There’s always more volume to be found.

The hilarity is that it was it, and it, and it. IT is simply this moment as it is, the rolling rowdy rambunctious now. There is only IT. What is also quite funny is the idea that there is an IT — that there is an IT threshold that a human can cross to finally arrive! Don’t you just love paradoxes!

We are pretty funny creatures. This compassionate heart just wishes more of us were having fun.

We hurt because we think it is possible, that when we arrive all the pains and suffering of life will disappear and life will be grand. All we have to do is arrive — find our way through the maze — win the hero’s journey and step into the full light.

Amaya, and I’m guessing the rest of you, wouldn’t mind if that were so. At least for a while. Might be a bit boring after a century or two of bliss.

The recognition of what is doesn’t enlighten anyone. It doesn’t change the game. The game plays on. What changes, or at least did for me, was the meaning I gave it, the urgency to figure it out, the idea that this is a life and death ride with a beginning and an end with sands running through the hourglass.

Occasionally, I still find myself reacting but not as intensely, not for nearly as long, not as hooked. I often laugh shortly thereafter and crack myself up — oops! A little fishy, caught on my own line.

Does it mean I need a deeper realization? Haha. That’s the electric prod — you haven’t made it yet — this isn’t it. Cracking up here. No. Not at all. It simply means that in this storyline one little fishy got caught for a moment and then unhooking occurred. No wrong. No right. Just what appeared in life’s fishbowl.

Realization happens. ‘Oh — wow. Not what I imagined at all.’ Noticing what actually is doesn’t happen to a dreamed character. The dreamed character continues on her arc. It’s a step before (realize I’m using words and words can’t relay anything with accuracy) a step back, a shift beyond the portal of a finite being aware of finite appearances, simple basic awareness aware of itself in motion. It is witnessing without a witness … and all the mystical truths fall into place, not mentally, but with every bit of being there is. Click!

I did nothing to make it happen. There is no one who does, who could do, something. No one, and yet, there is the appearance of life life-ing ad infinitum, of characters, one of which appears to be closely associated as a me.

Once seen, even for but a few seconds, life can never be taken seriously again … and then, life goes on.

Sometimes Amaya takes a quick second to stop, sees through the story, breaks into laughter. Sometimes she plays in the dream a bit longer. After all, why would I want to skip out on all the fun?!

It seems I incarnated to live this life, the life that appears to belong to me — to understand death — to learn surrender — to be a hermit for love, stripped of everything and everyone so I could understand the true costs of life and live as compassion embodied.

Why? I have no idea. Isn’t that fun! What a fabulous design, life is.

The primal fear of death took a while to unwind — required me to truly meet my end, to come face to face with all my demons, all the fears on parade outside the tunnel of light. You’d think that knowing life is a precious, very real illusion would have taken care of that. It didn’t, not for me anyway.

Life takes us where it takes us. We get the perfect playground ride, and it is always designed just for us, by us. The inner must express as the outer.

The end of the storyline doesn’t scare me anymore. It fascinates me, interests me in a curious cat sort of way. Curiosity killed the cat they say. Oh well, when I go, I go all in. I’ll experience every breath of my apparent death … and just so you don’t think I’m planning an immediate exit, every breath of the wondrous life I’m gifted to experience.