Sedona AZ (April 1, 2014) – The inaugural ILLUMINATE Film Festival will blend 22 transformative films, 15 enlightening speakers and workshops, a healing village and an innovative “view and do” experience for moviegoers to more deeply process and integrate what they see on screen while surrounded by Sedona’s stunning backdrop and transformative, healing qualities, May 29-June 1.

The first-of-its-kind mind-body-spirit film festival “is at the forefront of an exploding global conscious movement connecting the film industry to a growing, identifiable, interconnected community of conscious consumers,” said ILLUMINATE Founder and Executive Director Danette Wolpert, who spent five years as Miami International Film Festival Associate Director. “While industry festivals currently exist for most niche genres, one, surprisingly, does not exist for mind-body-spirit. With conscious cinema on the verge of exploding, the time is now and the opportunity is unparalleled.”

Among the confirmed commitments: 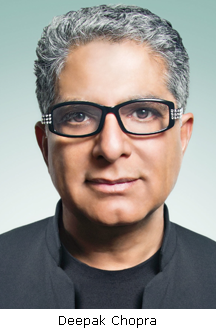 The World Premiere of Death Makes Life Possible, presented by world-renowned author, speaker and executive producer Dr. Deepak Chopra and Dr. Marilyn Schlitz, former President and CEO of the Institute of Noetic Sciences, the film’s co-director. This exceptional documentary explores ‘the inevitable’ and appeals to anyone with questions about life, death and what’s next.

The Sedona Premiere of When My Sorrow Died: The Legend of Armen Ra and the Theremin, followed by a soul-shifting performance/sound journey by Ra, the legendary Iranian-Armenian musician. Known for both his exceptional artistry and his eccentric theatrical appeal, Ra has performed in esteemed venues including the United Nations and Lincoln Center, and has appeared on CNN, HBO, MTV, VH1 and in Vogue, The New York Times, The New York Post, The Village Voice, Rolling Stone and Glamour. The film took home Best Film and Best Documentary awards at the Byron Bay International Film Festival.

The world’s first Conscious Filmmaker Convergence, a half-day film industry program for notable and aspiring mind-body-spirit filmmakers featuring workshops and panels with Betsy Chasse, director of What the Bleep Do We Know?; Illuminate board member Nicole Guillemet, former Co-Director of the Sundance Film Festival and 360 Degree Communications, a leading boutique marketing firm whose projects include What Dreams May Come, The Way, Peaceful Warrior, The Cove, Fuel, Finding Joe and The Celestine Prophecy.

Among others expected to make appearances or presentations at the Festival are Dr. Chopra, Armen Ra and Parashakti, founder of the Dance Liberation movement.

The ILLUMINATE Board of Advisors includes highly experienced film-festival and film-industry professionals and experts including: