Flamenco meets Jazz, Blues and R & B
with Summa Totius

Sedona AZ (January 3, 2019) – Summa Totius “the sum of all parts “features high energy Latin / Flamenco inspired music with an all-star cast of Arizona based musicians. You will enjoy this band at Sound Bites Grill in Sedona on Saturday January 5th at 7p.m.

The group has a unique sound combing Latin music with jazz, blues and R & B. Drew Hall the band leader is proud to announce their debut album which was just released in November of 2018. 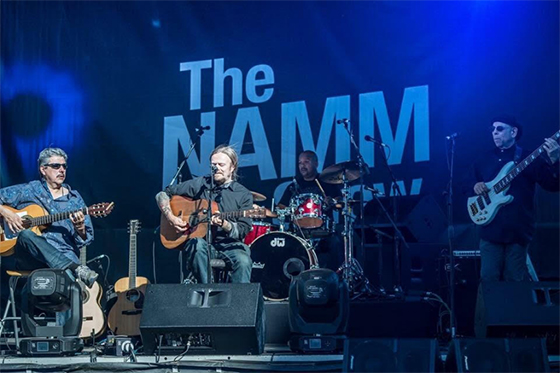 The band Summa Totius was formed in January of 2017 when the acoustic duo of Anton Teschner and Drew Hall (Formed in 2004) decided they wanted to bring their music to a new level.  Drew had been performing with drummer Gigi Gonaway as a part of the Walt Richardson and Friends band and thought that Gigi would be the perfect drummer for this band.

The band is led by guitarist and vocalist Drew Hall, originally from New York. Blending Latin and flamenco music with blues, jazz and rock, they have developed a unique sound that leave audiences amazed by the fusion of genres and emotion they evoke.  The Latin lover in you will get you on the dance floor.

“I was really fortunate to land and keep an amazing gig with Mariah Carey for a bunch of years”, says Gigi. “I was playing with musicians on a whole different plane and through this I learned patience and the ability to understand and appreciate true talent.

For many years I got to study with and learn from the great Narada Micheal Walden. Narada is not only a great drummer, but an extraordinary producer,” says Gigi.

When asked who would be the perfect bassist for the band Gigi said “call Mahlon Hawk “.

Mahlon Hawk is an Emmy award winning bassist who has recorded and performed with members of Steely Dan and The Cars as well as drumming legend Bernard Purdie.

Together they are “ Summa Totius “ , their debut album which features their unique blend of Latin/ Flamenco music with jazz , blues and R&B was released in November 2018 at the Elks Theatre in Prescott Arizona. They will be continuing to do CD release events thru the spring to spread the music!

There is a $10 Cover to sit in the music room where the band performs in the Sound Bites Grill show lounge. You can enjoy their full dinner menu served until 10p.m. There is a dance floor for you to spin on as well.

Sound Bites Grill is a music themed restaurant located at the Hyatt Pinon Pointe shops. The venue is open for lunch and dinner daily at 11:30am until 9 p.m. and on Friday and Saturdays until 10p.m.

If you just want to have dinner at Sound Bites there is no charge to enjoy the main dining room and/or patio. For more information and reservations call 928-282-2713 or visit SoundBitesGrill.com