By day, American in Paris Maureen (Stewart) works as a personal shopper, motor-biking around the city buying up deluxe couture for a jet-setting celebrity client. By night, she attempts to channel the spirits of the dead, hoping to make contact with her recently deceased twin brother. 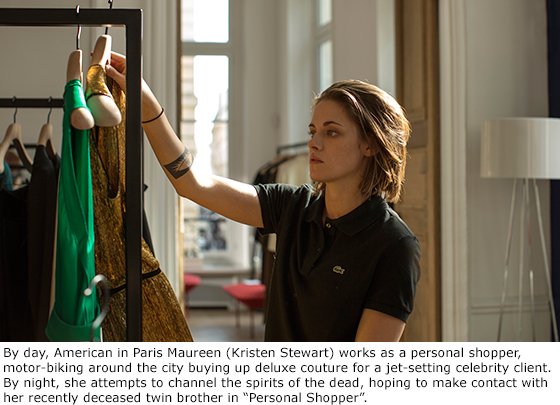 When Maureen begins receiving a series of chilling, increasingly sinister text messages, it seems she may have made contact — but with whom? And what do they want?

This seductive mystery is a riveting showcase for one of this generation’s most adventurous actresses.

“Stewart is entrancing! You can’t take your eyes off her.” — A.O. Scott, The New York Times

“A dash of pure Hitchcockian brilliance.” — Peter Bradshaw, The Guardian

“This Beautiful Fantastic” returns to Sedona by popular demand after a sneak peek screening at the recent Sedona International Film Festival and rave reviews by audience members. The film stars Tom Wilkinson and Jessica Brown Findlay. 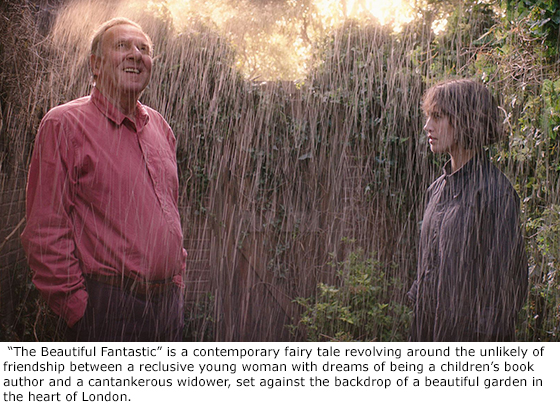 “The Beautiful Fantastic” is a contemporary fairy tale revolving around the unlikely of friendship between a reclusive young woman with dreams of being a children’s book author and a cantankerous widower, set against the backdrop of a beautiful garden in the heart of London.

When she is forced by her landlord to deal with her neglected garden or face eviction, she meets her nemesis, match and mentor in Alfie Stephenson (Tom Wilkinson), a grumpy, loveless, rich old man who lives next door and happens to be an amazing horticulturalist.