Film Festival presents ‘Born To Be Blue’ and
‘Country: Portraits of An American Sound’ April 22-27

Sedona AZ (April 17, 2016) – The Sedona International Film Festival is proud to present the Northern Arizona premieres of “Born To Be Blue” (the Chet Baker biopic starring Ethan Hawke) and “Country: Portraits of An American Sound” (a visual odyssey through the history of country music) showing April 22-27 at the Mary D. Fisher Theatre.

BORN TO BE BLUE

Ethan Hawke lights up the screen as jazz legend Chet Baker, whose tumultuous life is thrillingly reimagined with wit, verve, and style to burn.

In the 1950s, Baker was one of the most famous trumpeters in the world, renowned as both a pioneer of the West Coast jazz scene and an icon of cool. By the 1960s, he was all but washed up, his career and personal life in shambles due to years of heroin addiction. 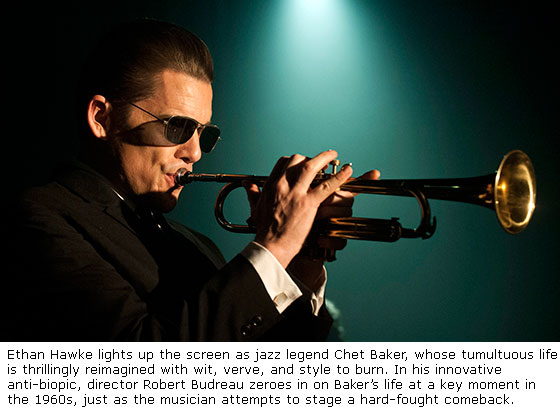 In his innovative anti-biopic, director Robert Budreau zeroes in on Baker’s life at a key moment in the 1960s, just as the musician attempts to stage a hard-fought comeback, spurred in part by a passionate romance with a new flame (Carmen Ejogo). Creatively blending fact with fiction and driven by Hawke’s virtuoso performance, “Born to Be Blue” unfolds with all the stylistic brio and improvisatory genius of great jazz.

COUNTRY: PORTRAITS OF AN AMERICAN SOUND

“Country: Portraits of An American Sound” takes audiences on a visual odyssey through the history of country music as captured by renowned photographers who have portrayed the ideals, lifestyle and personalities of country music artists for 90 years. From the Carter family to Taylor Swift, the film documents country’s rise from innocent beginnings to international phenomenon as immortalized in the evolving image of the country artist, from rhinestone cowboy to pot-smoking outlaw to stadium-filling megastar. 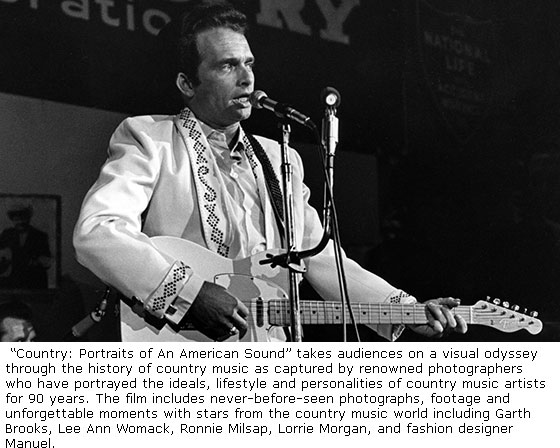 “Country is where the heart is, but country is more than music; and photography has captured it,” said country superstar Kenny Rogers.