The two boys grew up in Aix-en-Provence. Emile was fatherless and poor. Paul came from a wealthy family. As young men, dreaming of glory and beautiful women, they left the south to conquer the art scene in Paris. 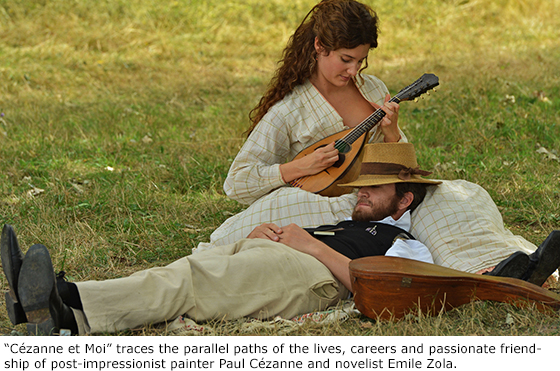 Soon Emile had it all, success, money, and the perfect wife, and embraced the very bourgeoisie he mocked in his books. Meanwhile, Cézanne rejected the Parisian scene to focus only on his work, ignored by his peers and the establishment.

“The story has many levels to it and that’s what fascinates me,” said director Daniéle Thompson. “It’s about two friends who throughout their lives try to remain the childhood friends they once were, but no longer are. It’s as strong as a love story, if not more so. Like they say in the film, friendship is harder than love. Because there are no reference points, no rules or precise definitions. Stories of friendship can be very deep, painful and ambiguous too.”

“Magnificently manages to engage every sense. It looks and acts like an actual landscape painted by the 19-century French artist of its title.” — Susan Wiosczyna, RogerEbert.com

“Growing Up Smith” is the feel-good, coming-of-age story of Smith, a 10-year-old boy from India growing up in Small Town, America in 1979.

As the boy’s family tries to straddle the fine line between embracing the American Dream and preserving their Indian heritage, we watch our awkward little hero sneak out for a taste of Kentucky Fried Chicken (even though his family is vegetarian), don a ‘Saturday Night Fever’ costume, and contend with his parents as they send him to school with a yellow squash instead of a pumpkin to carve for Halloween. 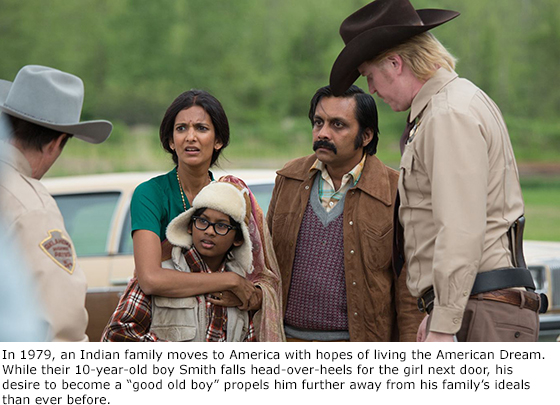 And as Smith falls head-over-heels in love with Amy, the girl-next-door, he finds in Amy’s father Butch the all-American cowboy he wishes his own father could be.  But alas, when Smith goes on a hunting adventure with Butch, Smith’s father Bhaaskar fears Smith will lose any hope of remaining a respectable Indian boy and banishes him back to India.  Nineteen years later Smith will return to America, back to a place he once called home.

“Growing Up Smith” is a tribute to childhood heroes, first love and growing up in Small Town, America …in simpler times.

“Pick of the Week!” — TIME Magazine