Gould will be presented with the award during An Evening With Elliott Gould at 6 p.m. on Saturday, Feb. 27 at the Sedona Performing Arts Center, 995 Upper Red Rock Loop Road.  Gould’s film will be screened that evening and a Q&A with the actor will follow. 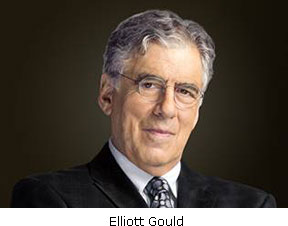 “Elliott Gould has created an incredibly compelling legacy as both an actor and a human being,” said Sedona International Film Festival Executive Director Patrick Schweiss.  “The roles he has played reflect the breadth of his talents and have resonated with a very diverse audience base.  And his life is one that so many people can identify with because of the challenges and obstacles he’s faced and overcome.  I am personally really looking forward to hearing his stories.”

Gould will be introduced by his longtime friend and renowned film critic Jeffrey Lyons, who is returning to the Sedona International Film Festival for the second consecutive year.

Brooklyn-born Gould’s career includes his portrayal of Trapper John in Robert Altman’s M*A*S*H as well as Philip Marlowe in Altman’s The Long Goodbye (1973) and Robert Caulfield in Capricorn One (1978).  On television, he has hosted Saturday Night Live six times and led the situation comedy E/R along with recurring appearances on Friends as Ross and Monica’s father. Married at one time to Barbra Streisand, he earned critical acclaim for his portrayal of an older mobster in Warren Beatty’s Bugsy (1991) and made a noteworthy appearance in American History X.

Gould’s appearance and screening are just one of many highlights for this year’s Festival when 165 films from shorts to documentaries to full-length features will be screened on six theaters in Sedona from Feb. 20-28.  The 2016 Festival kicks off with back-to-back concerts by iconic Rock and Roll Hall of Fame inductee Chicago and the premiere screening of the documentary about the band, Now More Than Ever: The History of Chicago on Feb. 20 and 21.

Among the additional special events and highlights:

Packages, other than for full-time students, are available online at www.sedonafilmfestival.org or through the Festival Box office at (928) 282-1177.  Student packages must be purchased through the Box Office and student ID’s are required.