Sedona AZ (March 6, 2017) – The Banff Mountain Film Festival World Tour is returning to Sedona. For the third year, the Sedona International Film Festival is bringing the spirit of outdoor adventure and mountain culture to red rock country. This year’s screenings feature the world’s best mountain sport, culture and environmental films, letting you experience the thrill and challenges of the mountain environments that inspire us all.

The Sedona tour stop has been expanded to two nights, by popular demand: Tuesday, March 14 and Wednesday, March 15 at 7 p.m. at the Sedona Performing Arts Center. Each night will feature a different program of films. Audience members can attend either one of the nights or get a package discount to attend both evenings. 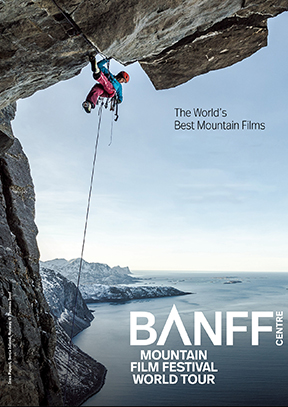 “Like every year, the Banff Mountain Film Festival brings exciting program to the screen, allowing everyone to experience these inspiring stories that drive us to keep exploring our world outside,” said Patrick Schweiss, director of the tour host Sedona Film Festival.

The 2016/2017 World Tour features an exhilarating and provocative collection of films that explore the mountain world, highlighting new landscapes and remote cultures, and exposes audiences to exciting adventures and adrenaline-packed sports.

At each screening around the world, audiences will see a selection of award-winning films and crowd favorites from the hundreds of films entered into the annual festival.

Featured films on Tuesday, March 14 include:

Ace & the Desert Dog: For his 60th birthday, adventure photographer Ace Kvale and his dog, Genghis Khan, set out on a 60-day trek in Utah’s canyon country.

Doing It Scared: Eighteen years after a catastrophic accident which left him partially paralyzed, climber Paul Pritchard returns to the Totem Pole to find out if he has recovered enough to finish the climb.

The Perfect Flight: When some neighborhood kids gave Shawn Hayes an abandoned red-tailed hawk chick, it launched him on a lifelong journey into the medieval traditions of falconry.

For the Love: When you want to make first descents, you have to push the limits of what’s possible and what’s known as you explore the most difficult and remote whitewater in the world.

Shift: Near a sacred mountain in the Yukon, an Indigenous community transforms itself into a world-class mountain biking destination through the hard work of their young trail crews.

Ruin and Rose: Follow these talented freeskiers as they tackle very different terrain in search of gorgeous jumps in Whistler and big lines in Alaska.

Northbound: Four skateboarders head north above the Arctic Circle to the cold Norwegian coast to apply their urban riding skills to a canvas of beach flotsam, frozen sand, and pastel skies. The result is a beautiful mashup of biting winds, ollies and one ephemeral miniramp.

Poumaka: With hopes of summiting the elusive Poumaka Tower, American bouldering champion, Angie Payne, leaves everything she knows behind as she ventures deep into the French Polynesian jungle with veteran climber and explorer, Mike Libecki.

Four Mums in a Boat: When four middle-aged working British mums announced they wanted to row the Atlantic Ocean, their families thought they had lost their minds.

Danny MacAskill’s Wee Day Out: Want to see what Danny MacAskill does on his day off? Explore the rural landscape around Edinburgh in a film that sets out to capture the simple fun of a ride in the country with moments of incredible riding and a touch of humour. 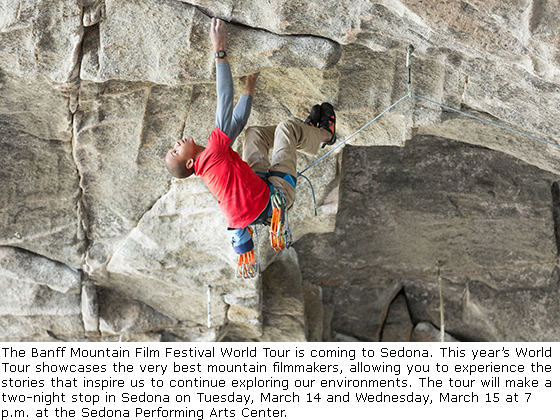 Featured films on Wednesday, March 15 include:

DreamRide: Enter a dream world where the trail never ends. Where the promise of joy and freedom exist around each bend. Take a magical trip through beautiful landscapes and join us on this DreamRide, a mountain bike adventure unlike any other.

Iran: A Skier’s Journey: Cautioned not to travel to Iran, skiers Chad Sayers and Forrest Coots decide to go, regardless. They find comfort, bedazzlement, and a surprisingly cool ski culture.

The Super Salmon: Those who plan to construct a hydroelectric mega-dam on Alaska’s Susitna River say it wouldn’t affect the salmon runs because of its location – upstream of where fish usually swim. Tell that to the Super Salmon.

Packing It Out: Follow the guys from the “Packing It Out” crew as they pick up litter – and inspire everyone they meet – along the Pacific Coast Trail.

The Accord: Being so far removed from the hustle and bustle of the tropical surf world hardens Iceland’s surfers to confront the the harsh reality they all must face – that old and unforgiving North Atlantic wind.

Devotion: Libby Peter: Libby Peter, one of the UK’s most respected climbers, reflects on how climbing has shaped her life, from childhood through becoming a British Mountain Guide and a mother.

Fast Forward: For bikepacker and ultra-long-distance racer Lael Wilcox, taking on the Arizona Trail – more than 1280 kilometres miles of desert singletrack – is a challenge unlike any other.

Young Guns: Meet the new faces of climbing: 14-year-old Ashima Shiraishi and 15-year-old Kai Lightner. Pushed outside their comfort zone, Kai and Ashima learn some hard but important lessons that will carry them to even greater heights.

Max Your Days: Summer solstice on Canada’s West Coast – the possibilities are endless!

The Banff Mountain Film Festival World Tour stop in Sedona is made possible by a generous grant from the Leo & Rhea Fay Fruhman Foundation.

For tickets and information visit www.SedonaFilmFestival.org or call 928-282-1177.