Fired rounds from his backyard, Endangered public safety personnel and nearby residents.

Rimrock AZ (August 11, 2017) – On August 4, 2017, around 11:45 PM, YCSO deputies were dispatched to the 4100 block of Aztec Road, Rimrock, regarding a subject firing rounds in his backyard. Upon arrival, deputies saw smoke coming from inside the house as popping noises were heard and requested the fire department. Deputies called out to anyone who might be in the home, but there was no response. As fire personnel arrived from the Copper Canyon Fire and Medical Authority, flames could now be seen. A neighbor told deputies that the resident, who rarely leaves the home, was likely still inside. 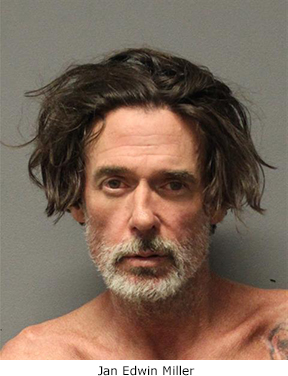 Once fire personnel were able to open the front door, they called out and heard a male voice respond but he refused to exit. Fire personnel eventually located the man and escorted him out of the house to awaiting deputies. He was identified as 50-year-old Jan Miller who admitted firing rounds in the air and starting the fire to get the ‘voices to stop.’ Regarding the fire, Miller stated he poured ‘Everclear’ brand alcohol on a container of live ammunition and then set it on fire.

Fire officials reported that the popping noises heard earlier resulted from ammunition exploding due to the heat of the fire. They also discovered a possible explosive device which a bomb technician later determined was actually a drum magazine for an AK-47 rifle. Due to concern for the safety of fire personnel and surrounding homes at the time an explosive device was believed involved, a large perimeter extending at least 2 houses in all directions was set. This safety zone remained in place pending the arrival of the DPS bomb technician. 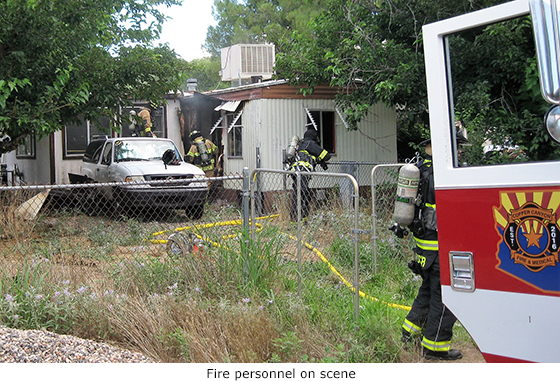 After the home was safe to enter, several firearms were located and seized.

Miller was arrested on several charges including Arson, Discharge Firearm within City Limits x4, Endangerment x6, and Possession of Marijuana (found during his booking). He remains in the Camp Verde Detention Center on a $15, 000 bond.