Cornville AZ (March 4, 2014) – On March 1, 2014, at approximately 11:45 PM, YCSO deputies were dispatched to the 11000 block of E. Meier Circle, Cornville, regarding a suspicious fire. Verde Valley Fire personnel were on scene and told deputies they had been called to the involved home and upon arrival, found the front door open and a small fire in the living room. Deputies discovered someone pried the apparently locked front door open to gain access and found the carpet just inside the front door had been intentionally burned. Additionally, cabinets and dresser drawers were found open throughout the home indicating the likely theft of property.

During a check for witnesses in the area, a neighbor told deputies he had gone outside to investigate a noise that sounded as if someone had opened and closed the door of his car. It was at this time he noticed a fire burning through the open door of his neighbor’s home. The fire department was immediately notified and arrived to extinguish the fire. The owners of the home where the fire was set were out of town. It is very fortunate the neighbor noticed the fire so quickly before it could spread. 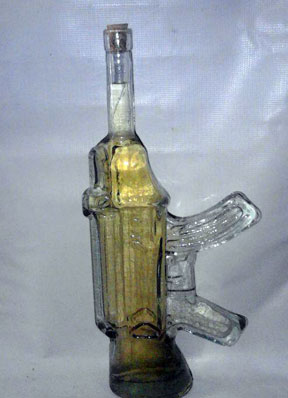 Detectives arrived during the early morning hours of March 2, 2014, and waited for the homeowners to return. Following an inventory of home’s contents, they determined the following items had been stolen:

If anyone has information regarding this incident, please contact Detective Todd Swaim at 928-567-7710 or Yavapai Silent Witness at 1800-932-3232. Silent Witness is offering a cash reward for a tip leading to the arrest of suspect(s) responsible for these crimes.