What Is vs. What Could Be: Candidates Present Different Visions 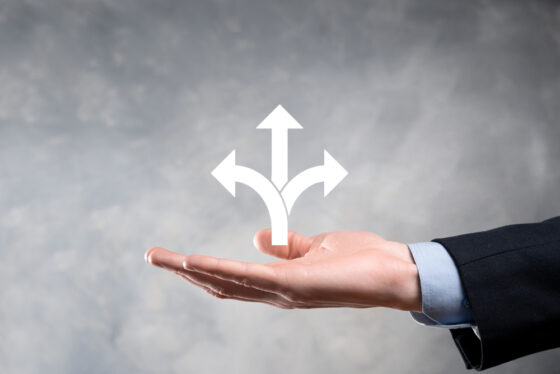 This is what I picked up from the last debate between Scott Jablow and Samaire Armstrong, where Joblow more or less declared that he was going to continue the many programs the city initiated or will initiate, if he is elected mayor.

He had facts, data and reported his work to the Sedona citizens in attendance. He stood by the current trajectory of the council and defended its record. He appeared confident and resolute in his opinions.

Armstrong took another road. Where he reported on the present state of the city, Samaire weaved a vision for the future.

Scott was on the ball. She was sharp and ready.

His performance in this debate much better than before. She was smoother and more polished than her first.

He had the answers ready in hand and delivered a solid summation of where the city stands, sharing his qualifications.

She spoke eloquently of things the city should be striving for.  She shared ideas and concerns reflecting her hope for a beautiful new Sedona where everyone has a say and work together for the benefit of all.

Jablow seemed more relaxed through this debate. He delivered a few zingers early on and was rewarded in kind by his opponent later on.

He ended his closing remarks with flourish garnering louder applause than in his previous debate.

Armstrong maintained her poise throughout the debate, creatively navigating questions only years of service in city government could have prepared her for.

The pressure had to be immense considering it was the second time in her life she had been involved in a public debate.

At all times she remained focused on her vision for the future, while politely thrashing the past and present performance of the council over the last decade.

The debate was a poignant example of what happens when you pit the old guard against the new one.

One will defend what they have done while the other will denigrate it. And this is true not just in politics, but business as well.

There were approximately 200 people present in the Performing Ars Center theatre, transfixed throughout the debate.

The moderator held a tight a rein on the candidates, quelling any arguments between the two that had the potential to be heated.

There was a hot-mike moment though, when it appeared Armstrong accused Jablow of having prepared answers for the debate. Candidates were not supposed to know beforehand what the questions were going to be.

One thing for sure, the election is packed with emotion with not only with the candidates passionate about what they believe is best for the city but citizens vehemently opposing candidates they don’t like.

There are many in the community who have expressed disdain for one candidate or the other depending on whose side they were.

On stage one could feel the animosity of the candidates towards each other, each statement and response electrified bt their emotions.

If Jablow wins, score one for those who believe in consistency and experience.

If Samaire wins, score one for those who strive for a new future, want fresh ideas and believe in the energy of  youth.

It’s an exciting time for Sedona. The town is at a crossroads. There is a path for it going forward, but no one can be certain, the path they choose is the right one.

The economy, high gas prices and lack of marketing is costing the town much right now. People who hate traffic are enjoying a reprieve while businesses are watching their profits dwindle in tune to shrinking tourism.

One can assume that the actions of the past failed to meet the actualities of the future, and something must to be done now to fill that gap.

The call is now yours.