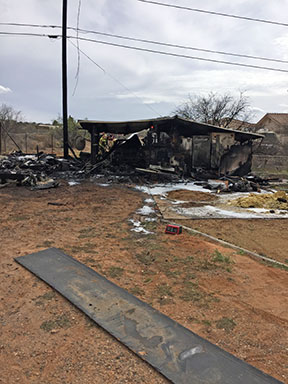 Utilizing large diameter attack lines the fire was contained quickly and put out within 1 hour.  Two Engines and 2 water tenders responded along with an Engine from Sedona’s Fire District to manage the fire.

There were no injuries and the owners were without power for an extended period of time.