Verde Valley AZ (September 23, 2015) – Verde Valley Fire District’s Captain Dustin Chambliss received a State of Arizona Firefighter of the year award at the AZ state fire school.  This was a result of his heroic act while on duty with Blue Ridge Fire District.

For twenty-two years, United Fire have been honored to be an integral part of recognizing Arizona firefighters who exemplify the qualities of commitment, courage, and compassion that represent the extraordinary professional of our fire service community. 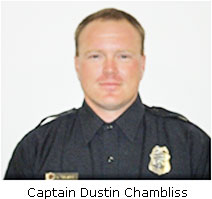 Although the Award is presented to one individual, they recognize that teamwork, training, and support are crucial elements in the success of firefighters’ work, so they also want to reward the winner’s department