UNLOCKED – Excerpt from: A View From The Hot Tub 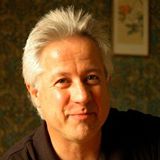 The following is a piece from; A View From The Hot Tub – Stories about my friend Mike and his Grandson. A new book co-authored by; Tom Carroll and Mike Mallory

Joey has a couple of pals in the neighborhood that knock on the door to see if he is at our house. The boys play in our large backyard. Laura and I enjoy the noise, orders for food and general mayhem.

Joey plays with all the tools from the shed. As it happened, I looked out the back window as he and one of his buddies were playing some version of mumblety-peg with the chopping mall. For those who don‟t remember: The game requires at least two players. The first takes out his pocket knife and throws it, attempting to stick the blade in the ground as close as possible to his own foot. The next player does the same. The one who sticks his knife closest to his foot wins.

But you could win on the first throw if you were unlucky or crazy enough to stick the knife directly into your own foot. What can I say? This was a time before cell phones and stuff. Kids needed something to do. Fast forward, forty years; boys have traded in their pocket knives for cell phones to keep up with the girls. This effectively put an end to mumblety-peg and the fun of playing with sharp objects. At least, until Joey found our maul.

This brings us to today’s subject. The two boys in my backyard didn‟t own a pocket knife between the pair of them, so they went big. Like I said, they were using a mall – a ten-pound sledgehammer with an ax blade on one end. Just the ticket!

I knew they were not aiming at their feet, no matter, this would have sent me to the moon when I was a young parent. With steam coming out of my ears, I’d have lectured and changed the lock on the shed. I would have been a thundering pain in the ass. These days, I take another sip of coffee, shrug and think to myself, “A kid has to learn.”

Feeling lofty, I liken it to accepting the laws of nature. Sometimes this means respecting the unique talents of others. Some of us let kids drink coffee and run near the edge of the cliff. Others are better at being disciplinarians.

Having staked out the high ground, I let Laura do the adult thing. She’s a great playground monitor, her performance in this instance proving the point. With just a few words, apparently the right ones, she pulled it off perfectly.

No one argued. Nobody was embarrassed. 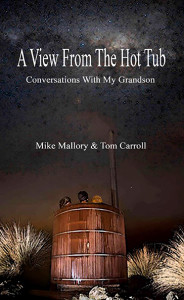