The distinguished guest speakers will be Jim O’Connor, a candidate for Arizona Corporation Commission, and Alexander Kolodin, a member of the Goldwater Institute’s American Freedom Network of conservative attorneys who will present information about Cottonwood Municipal Water Utility’s rates and surcharges.

Lunch includes dessert with coffee or iced tea for $12.00. Without lunch, the meeting fee is $3.00 and sodas will be available for $1.00.  For reservations, email mingusmountainrepublicans@gmail.com. 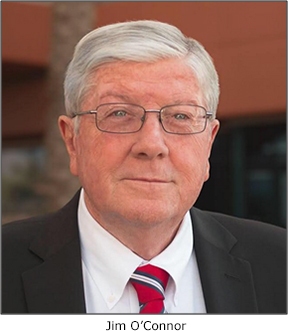 Jim O’Connor is running for Arizona Corporation Commission to bring integrity and transparency to Arizona’s  utilities.  Because water and power companies are given a position of trust in exchange for steady income, Mr. O’Connor believes they have an obligation to provide reliable service at affordable rates, and he wants to make sure they do so.

He said, “Most people don’t realize that the Arizona Corporation Commission is about more than water and electricity. They also regulate all investment advisors in our state. If you are retired or plan to retire, you need Corporation Commissioners who will keep a sharp eye on these duties.”

Mr. O’Connor believe the first job of the Arizona Corporation Commission is to protect consumers. “Utilities, including power and water companies, are public trusts. They are allowed to operate as monopolies in exchange for only charging reasonable rates. Public trusts can be abused in other ways. This is why the Arizona Constitution allows the Arizona Corporation Commission to protect the health and safety of consumers and employees of our public utilities. When elected, Jim O’Connor intends to make sure that the public’s trust is well placed, and will be tough on financial fraud to make sure everyone plays by the rules.

Mr. O’Connor is a retired investment advisor and expert in financial regulation, having worked 42 years in the securities industry, where he was responsible for regulatory compliance, investment portfolio management and enterprise leadership.  When Orange County went bankrupt, the California State Senate chose Jim to advise the committee who was tasked with rewriting the rules.  He advised the California Senate Select Committee who rewrote investment law, ensuring local governments would not repeat the 1994 Orange County, CA bankruptcy.

Dedicated to ‘cleaning up’ Arizona politics, Mr. O’Connor has worked tirelessly without compensation for 12 years, full time, to political service. His record of achievements include: 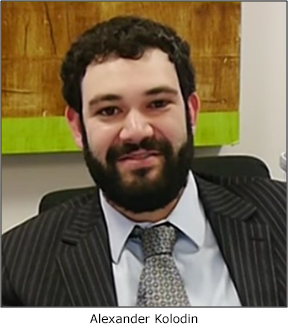 Alexander Kolodin, President of Kolodin Law Group in Phoenix, and a member of Goldwater Institute’s American Freedom Network of conservative attorneys, served as lead trial counsel in several high-profile matters including a successful, three-day trial in Americans United for Democracy v. Santa Cruz County, an election records case concerning the relatively new issue of metadata.  The trial was designated as being litigation of “statewide importance” by the Arizona Secretary of State’s Office.

Mr. Kolodin currently serves on the Board of Directors of Phoenix’s Rosson House Museum and Heritage & Science Park as the head of its Tenancy Committee. In this capacity, he advises the board on the legal and political aspects of its public-private partnership with the City of Phoenix and on its relationship with the Park’s various tenants.

Prior to becoming a lawyer, Mr. Kolodin served as foreign policy adviser to Karen Diebel for Congress and worked in residential and commercial real estate assisting individual buyers and institutional investors.

Mr. Kolodin is admitted in the state and federal courts of Arizona.