Why beauty? It breaks us free of the domination of economics; it is the path for living well.
— Dandy Randy 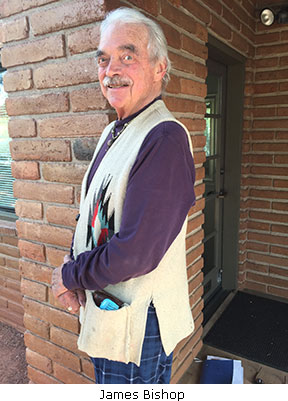 Huge snails were seized at LA Airport, a delicacy in Hollywood salons, also when not being eaten they are able to eat paint and stucco off the side of brick houses if veggies are not available.  Not far away, a famous movie star is building a nine-foot fence to protect her family from noise and neighbors (and no, she is not going to build near the Posse Grounds.) Meanwhile In a hotel nearby a peevish, angry rage has been unfolding in a massive ballroom. Men’s faults, failings, and foibles are the target of third-wave feminism. Brochure for the jamboree of women was headlined, “The Year Men Became Obsolete”. On another floor, another drama was unfolding, a book signing for the best-seller, Women and Other Aliens.

Myths? Some of it is true. Nevertheless, there is more to the story.

Before this underpaid pilgrim addresses that question, it must be noted that according to various polls, 68% of all citizens do not believe in anything. Here many locals have become part of that mob of numbskulls that do not believe in voting or that the Verde River will ever go dry. And that is no myth!

The story is different in the Great Southwest, home to the OK Corral, Wyatt Earp, and Doc Holliday. Their tale is embedded in tourist manuals, in films and TV programs—regarded as a true tale, the classic good guys v. bad guys tale for the ages. As the famed author Wallace Stegner saw the region, “the West is so cluttered with misconceptions and myths it is hard to have serious discussions about it history”.

What?  Could the good, brave Wyatt and Doc be mere myths?   According to the Arizona Historical Foundation, this is what the intrepid, seriously underpaid research division in this skinflint publication has learned exclusively –it should be added. There were no heroes that day so many years ago; Bill Clanton and the Mclaury brothers were unarmed when gunned down. The truth?  “When the Earp bothers and Doc Holiday, erstwhile gamblers and pimps who had been recruited as town officers in an ongoing political battle that was the cover for a stage robbery. Earp? A tin-horn outlaw operating under the protection of a tin badge until he was run out of business.”

Truth be finally told, the true heroes of Arizona and New Mexico were not outlaws, but Archbishop J.B. Lamy of Santa Fe and Brigham Young of Salt Lake City both educators, planners, and peacemakers. They were not myths. No tourists chase their tale.

Don’t you know gentle reader that we live in a time in which bad news travels faster than good news. The role of the writer, apart from knowing the difference between truth and myth, is to place a mirror before the injustices of society so that the images bypass the intellect and pierce the heart. So we fall in love with the world, and fall in love with each other, all over again.

Time after time, hour and hours, agents for backward thinking cloud the airways with bad news regarding the costs of cleaner energy in order to offset the horrors of climate change. Obviously they have never been to Germany where wind turbines stand as far as 60 miles from the mainland, looming as high as 60-story buildings. It is reported that one blade on any of the gargantuan machines, equals the wingspan of the largest airliner now flying, the Airbus A380. Within a few weeks it can be reliably reported, the new turbines will be sending low-emission electricity to German cities hundreds of miles to the south. Back home in the U.S, 80 percent of the new energy generated in Colorado has come from wind power. Down in Arizona, the largest solar energy plant in the U.S. is close to ready. Over in Orange County, California, new housing developments all houses are equipped with solar as prices of panels have plunged 70 per cent in the last five years. Few in California these days doubt that the following goal will be reached: 33 percent renewable power by 2020.

Now for the bad news for fossil fuel addicts–for big bad oil and coal empires, fat and happy these days because of $600 billion in subsidies. On the subject of coping with climate change, they insist the clean energy goal would become much too expensive to transform the entire entire economy from from fossil fuels to wind, sun, and tides, perhaps in the trillions. Whoops! None of those estimates takes into account the enormous costs in the form of bizarre, wild, damaging weather. Moreover, none of them has—until now. Get ready gentle reader. With a few simple renewable energy steps, the long waited transition could even be free. For openers, think of lower fuel costs, no more oil from the mid-east, fewer deaths from air pollution, reduced medical bills, think of a small tax on carbon (Germany does this); think of the enormous investment firepower available when switched to cleaner energy resulting in clean cities, clean air, jobs.

The future is not what it used to be one hears pessimists moan and groan. No, it could be far better than any dipstick economist ever dreamed up.

In closing, another dream is even closer to coming true.  With nearly no notice, the great Native Indian tribes from Canada and Montana will be signing a treaty to restore Bison in Canada and to the Rocky Mountains and the Great Plains where they once roamed before the Anglo invasion.

Therefore, you see, gentle readers there is good news after all except for word that Arizona’s greatest writer has left us and gone through the Great Gate.