Short final and short missive tonight as I worked on some projects way too late. I got this Heron down at the ponds late afternoon just as he was coming in to a tree branch for a landing.  Actually I got a bunch of shots in the sequence before this, but he was a long way off and it is tough to track a small object  with a spot focus against a background like this this; off even the slightest and there is no focus … at least of the bird. Akin to taking a shot from a hundred yards with a .22 rifle at a small moving target. With that excuse fresh in your mind, I was happy to end up with two shots out of ten. 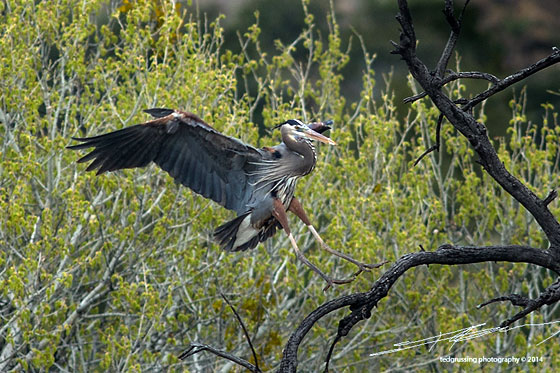 Another busy day underway … One is pushing the keyboard off the desk as she is saying time to get some rest … espresso in about three and a half hours.

Have a terrific day and may your landings be soft and with a smile as you roll it out … the landing, your day, whatever :+)