… found me climbing through 15,000’ to be above the floor of airspace in the Desert View area of the Grand Canyon  I was preparing to overfly. Desert View is on the far left side of the photograph about where the far left canyon comes back out and joins the main canyon. Red Mountain is near horizon left of center and far left you can see the San Francisco Peaks some seventy or so miles south. I like this place and the forces of nature over the millions of years are there for all to see and they are still very much at work. Our life spans are just way too short to really notice much change in anything. 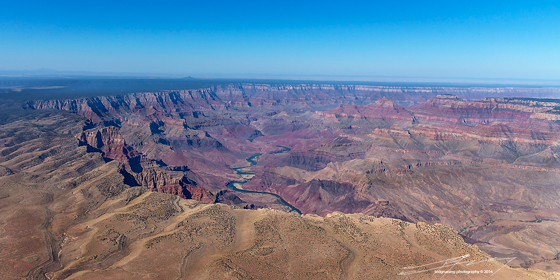 A quiet day today; church in the morning and after the service I spent some time down at the columbarium enjoying the view and reflecting on life. Then a quick stop in West Sedona at Twice Nice to drop an oil painting off that we had not displayed for years, stop for coffee and on down to the ponds. There was not much happening there so after walking the ponds I sat on a rock by one of them and enjoyed the beauty of the area and the day. A Walmart run came next and it is kinda fun … naw it isn’t, but I needed stuff. Home late from that and then over to friends for dinner. Good food and company and then home to One.

I made the mistake of checking some drawers in the guest bedroom and there lying in wait were boxes of photos and stuff. About half way through them now and the garbage bin is nearly overflowing. I think this will be the end of it; no more rooms to look in. Kinda cool to see the 1921 report cards my dad got in school; they actually issued a certificate from the State of Minnesota for each subject he took stating that he had tested in it and passed. Also found a medium format color negative of the ad he ran in 1940 for Minneapolis Moline Farm Implement Company; it was the first four color ad to be run in the Farm industry.  Think tomorrow will largely consist of scanning again. I do not like any of the social media so I set up a folder in my Dropbox account to share all the scans with family members.  The scans are large files so they wouldn’t work on social media and besides I like private and Facebook and all the others are anything but private.

Monday is pretty well underway and it feels like a good day and week are underway … at least today and that is all I am sure of … part of it? Smiles.

Have a terrific one and share your joy … life is unfolding and choices are being made which will determine future events and may yours bring you nothing but joy.

You are not poor if you
love something, someone,
humanity maybe, and have faith
that you will somewhere,
sometime be satisfied, though you
know not how.
— Max Ehrmann