Today’s Photo from Ted Grussing Photography:
To Fly or Not To Fly

… this hen common merganser was having a little problem deciding whether or not to take off and in the photo above she is showing her hesitancy to leave the surface of the lake and commit to airtime. She was kinda halfheartedly running and flapping her wings and ultimately decided that she would remain on the water. In this shot you can see her doing a wing beat and the water being splashed all over the place … and she looked so regal while doing it. Aborted takeoffs by planes are not nearly so graceful … 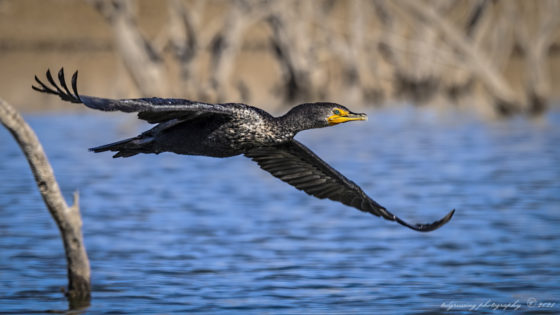 Another new week underway and hope yours is beautiful and filled with joy.

A bird flies through the sky, and I fly with it. I am in each pearl of moisture sparkling in the sun. I lie lazy on the clouds. And I acknowledge my kinship with each winged thing.
I see all as one, and nothing repels me, as this new day climbs noiselessly out of the valley of the night.
Peace lies over the world and over the world of my soul.
excerpts from On A May Morning by Max Ehrmann