Today’s Photo from Ted Grussing Photography:
The line up …

A good portion of the day was spent going through my 2014 uploads and deleting and putting the remaining images in their appropriate folders … finished through June of 2014 and hope to get at least two months per day done until I finish the year and then onwards into 2015. The idea of course is to keep the images that are best and delete anything with even a slight problem. After the upload folders are gone through the battle is brought to the individual category files and try to do mass deletions. When you shoot a lot it is important to get rid of all but the best; on average I shoot more than 30,000 images per year, 4,000+ so far this month and while there are a lot of very fine shots, there are those that stand out from the rest … I think. A friend stopped over and we had a nice visit and in general it turned out to be a very nice day. 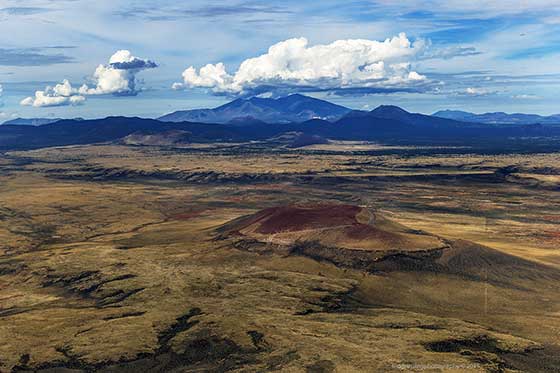 I took this shot last July on a flight to the NE out of Sedona … Grand Falls is just behind me and in the foreground is Roden Crater, above that on the next step up is Raspberry Crater, above and left of that is Miriam Crater, to the right a bit and above it is Sunset Crater and of course above that is the San Francisco Peaks. On the horizon on the far left is Mt Elden and to the right of the Peaks first is O’Leary Peak and then Kendrick Peak. I think that given a little more time the cloud on the left would have finished spelling my name out, but at least it got a pretty good looking T completed … fun stuff. This gives you an idea of the incredible beauty that is Northern Arizona …

Another day underway and hope that it will be a joyful day for you … share some smiles and give a hand to those who need one.

Into the weekend … back on Monday