…and the bird. The Scott’s Oriole was named in honor of General Winfield Scott who was born in 1786 and passed in 1866 … Darius N. Couch who named this bird was born in 1822 and was also a General Officer in the Union Army during the American Civil war. He was also a naturalist and I imagine today he would be called a “Birder” Not sure about Scott, but perhaps he was one too. Later it was discovered that the Oriole had been previously described by Bonaparte, but the name “Scott’s” Oriole stuck. Also interesting to me is that the bird is an Icterid which puts the Oriole in the same family as many Blackbirds, Meadowlarks, cowbirds, Grackles and others. Thanks to Eric for giving it a name for me and the shot in his backyard. 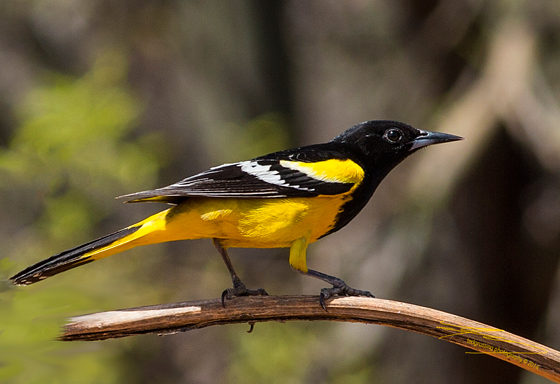 I like an occasional nap … new studies say those who nap are more likely to die than those who do not …my ADT email alert yesterday warned me of 20 foot winds? Had me wondering too … I think I’ll just enjoy the day until the sky falls.

Had some issues installing the software for color calibration of the monitors today. I had bought the  i1 Xrite pro, and although it was supposed to like Win8.0 it did not like 8.1; it is on the way back to Amazon. I then decided to try the freeware that was recommended to me by a tech guy at EVGA who said it was better than any commercial software and would also recognize my old i1Display 2 … it did and now all three monitors are happy with their new ICC profiles and me too because I am back to what you see on the monitors is what I will see in print. The Color Management System is by Argyll and you can download it at: http://argyllcms.com and the graphic user interface is dispcal GUI and available at : http://dispcalgui.hoech.net/ . If you do calibrate your monitors you will be impressed with this combination and save yourself several hundred dollars to boot. Installation is straightforward.

Our friend Mary Helsaple is participating in the 11th annual Sedona Open Studios Art Tour beginning this Friday. Mary is a phenomenal artist and you can visit her studio at 41 Mormon Hill Road off Brewer behind Tlaquepaque. You can contact Mary at 928.282 4620 and go to: http://sedonaartistscoalition.org  for information on all artists and directions to their studios.

Another good day and four hours of instruction on Muse as I prepare to completely revamp the websites; deleted a bunch of photos and of course took more on my walks today. A nice day with projects completed that needed to be completed .., good feeling.

Have a terrific day, smile and careful about those naps and twenty foot winds :+)