… I took this shot of a Woodie down at the ponds late October and while he was just stretching his wings out it seems as though he was directing an unseen, unheard orchestra playing a symphony beyond our vision, residing on the other side of our reality. As a director he strikes a beautiful pose … and the sounds of the solar wind can be heard as it passes by our little planet and on out to forever and our Woodie friend orchestrates the music … the music of eternity. 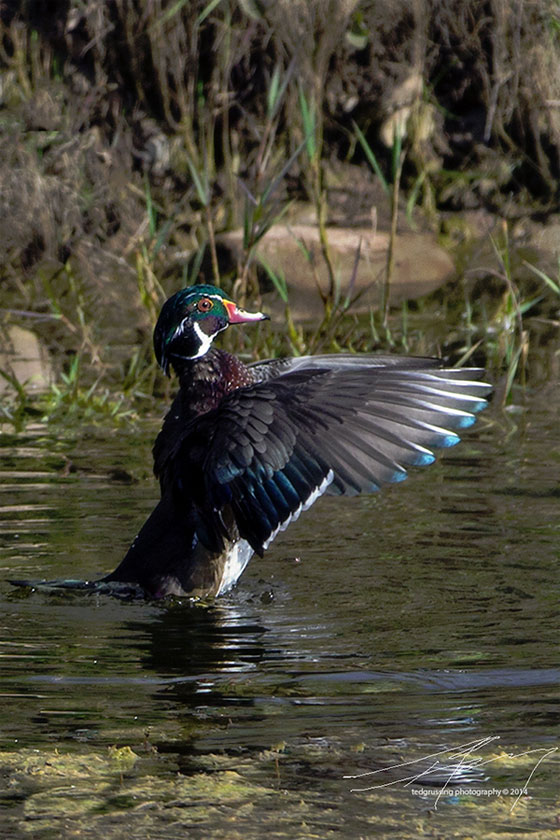 Another good day and One and I are beginning to settle into a nice routine; every time I brew a cup of espresso she gets brushed. She greets me at the door and sleeps on the desk while I work on photos. It is a good life and every day is bringing new experiences for both of us … good ones.

It is late … first cup of espresso, first brushing for One, in about four hours. Have a beautiful day and share your joy and some smiles.

Ted also does one-on-one workshops for those interested in learning the techniques he uses. By special arrangement Ted will do one-on-one aerial photography workshops which will include actual photo sessions in the air.