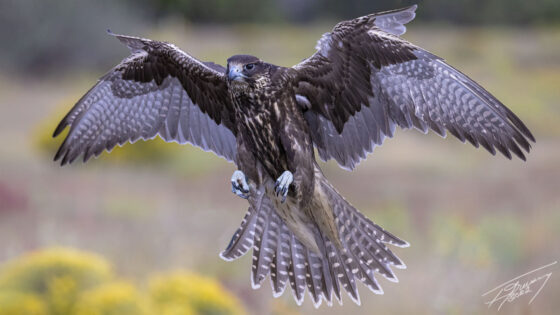 … this week will be giving you previews of photos which are part of the show this coming Saturday at the Mary Fisher Theater, 4 PM. So you will receive eight out of about 135 photos to give you a sample of what to expect … to entice members of the local community to attend and see the best of the best and to share with everyone else on this list a portion of the show.

I took the shot above last Friday in a field east of Flagstaff and it shows Enedina whilst flaring as she approaches Michele for a landing on her gloved hand. The wing feathers protruding on the top of the wings are called the alula feathers … think of them as the thumb and the primary flight feathers as the fingers of a hand. The alula feathers help with fine control in flight and act in somewhat the same fashion as slats on the leading edge of a commercial jet … and much more.

The shot below is a portrait of Enedina in a pensive mood … love this bird and can hardly wait to see these photos cover the entire screen in the theater! The second largest falcon in the world and the second fastest falcon, behind the Peregrine Falcon which can hit speeds in excess of 200 mph in a dive. 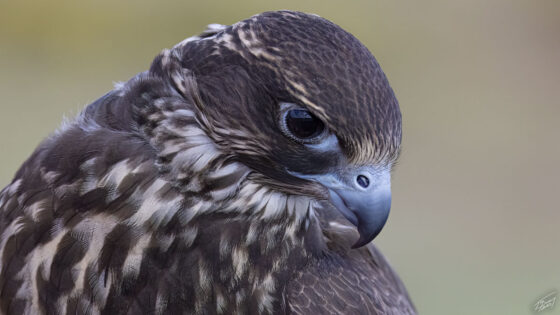 So come meet Enedina … we’ll be selling 12″ x 18″ photos of her suitable for framing.