Today’s Photo from Ted Grussing Photography:
On the fly

… yes someday I will … in the interim it is fun watching others do it like this Ringneck drake that I jumped at the ponds this afternoon, or like looking at that beautiful new California Highway Patrol plane that my friend Rich flew into Sedona this afternoon; the half way point in the flight from Colorado back to California taking the southern route. A truly beautiful ship and the second in the fleet of this new class of ships being added as older planes are retired. 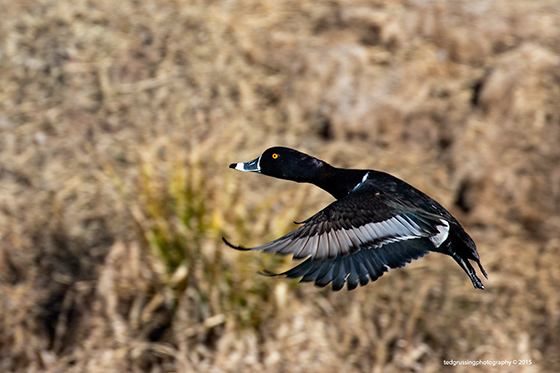 A camera on board, actually in a pod underneath the plane that can give fine detail at night from more than two miles at altitude. Bad guys do not stand a chance; having been a fan of several recent Netflix and Amazon Prime series that encourage such things I suggested that they hang Hellfire missiles on the wings and a 50 Cal Gatling gun beneath the camera pod … are you listening Gary?

So a fun day with (for me) a lot of rest and amazement at the healing process within; One weighed in at 9.5 pounds and got her shots from Jerry Oler DVM this afternoon, and what a great clinic he has in Cornville. A quiet (really?) day underway with few plans besides a trip to Sedona Dental Arts this afternoon, some course work on Photoshop, and whatever.

Time to shut it down for a few hours … have a beautiful day and help make it so for those you meet today … smile!