Today’s Photo From Ted Grussing Photography: In the Mirror 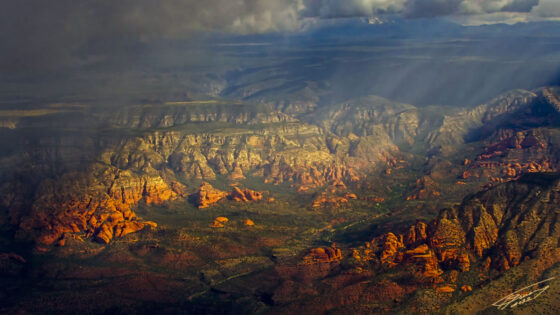 … the sun was streaming in this morning through one of the upper windows in my bedroom and striking a large print I have of an aerial shot I took of Sycamore Canyon during a monsoon storm. It hangs on the wall above my headboard. It had the effect of a very tight crop of the image as the rest of the image was in deep shadow … I was looking at the image in the mirror on the opposing wall and it seemed like a pretty neat crop and here is what I saw … then and today.

Applying the same logic/experience to another aerial image I took while flying low over the Colorado Plateau, I came up with the image below. Light and shadows in a beautiful forest south and west of Rogers Lake. 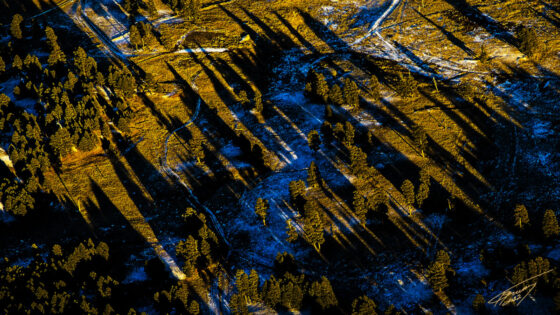 The day was a very good one and after a rest, Wednesday holds promise to be the same. Have a beautiful day and take a few minutes during the day to look at life in a little different way … look for the beauty hidden in plain sight.

Whatever else you do or forbear,
impose upon yourself the task of happiness;
and now and then abandon yourself
to the joy of laughter.

And however much you condemn
the evil in the world, remember that the
world is not all evil; that somewhere
children are at play, as you yourself in the
old days; that women still find joy
in the stalwart hearts of men;

And that men, treading with restless feet
their many paths, may yet find refuge
from the storms of the world in the cheerful
house of love.

Whatever Else You Do by Max Ehrmann