… after a day of carving wax it was fun to get out with One for her evening outing … a brief hunt, a brief visit from the neighborhood crows and a spectacular dive off of a high branch of the pine tree on the back of the tee box as this guy departed the area.  I think we could safely call this a down hill and possibly down wind takeoff … a much better choice than uphill down wind takeoff. Airspeed quickly gained he leveled off after about a ten foot drop and cruised out to the NE. 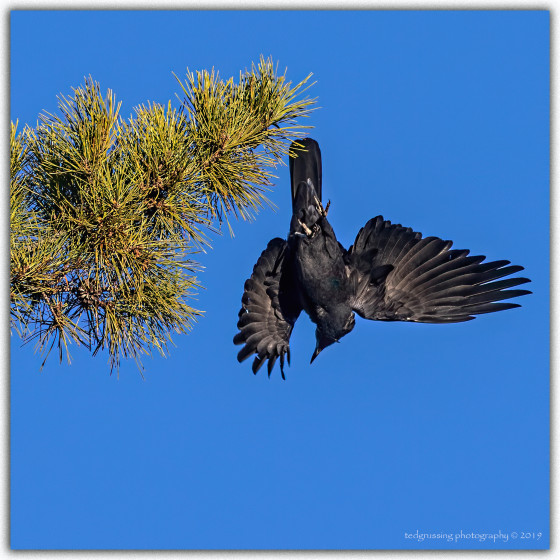 One went missing for a while this evening … at least I couldn’t find her, but then I saw a twitter feed of her on a national news website tonight. Check out this video of her scoring a touchdown and then heading out of the stadium before she embarrassed any more football players who seem to have a problem getting across that line into the endzone. https://twitter.com/i/status/1191543390577528834 Good for One, or whoever that cat was!!! She is back on my lap making both of us happy and she has this silly little smile on her face.

More wax work tomorrow and I think an early evening flight to get some more closeups of red rocks burning in the red light before darkness. The red part of the visible light spectrum is of a longer wave length than the blues and cooler coolers and is not blocked out by the increased distance through the atmosphere that the light has to travel as compared to midday when it is a relatively short distance and you get the blues and other shorter wave length colors.

I’m accumulating your emails re smoke and will be getting on that again very soon and appreciate all the great ideas and approaches you are suggesting. Just in case you think our air is good because you can look up and see blue sky, here is a shot from yesterday looking towards out over West Sedona towards Cottonwood … there is smoke and multiple forests are planning burns this week and will be adding to this aerial cesspool we are forced to breathe. The photo is as shot. 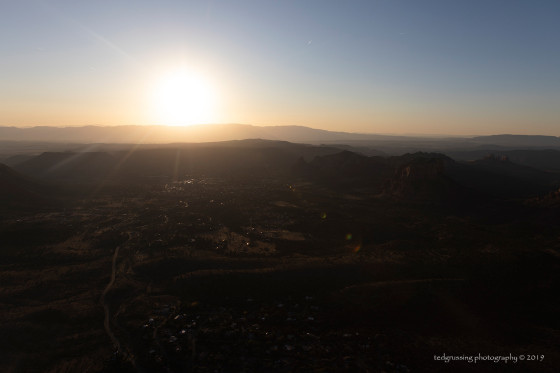 Have a beautiful day … or not … your choice and no one gets to make that choice but you.

If you want total security, go to prison. There you’re fed, clothed, given medical care and so on. The only thing lacking… is freedom.
— Dwight Eisenhower

An honest public servant can’t become rich in politics. He can only attain greatness and satisfaction by service.
—Harry Truman