… and what a wonderful day it has been … I cut the opal specimen up this morning and instead of the three pieces I intended to get, I got about a dozen. Conk opal is made up of seams of opal in wood and although this opal/wood combination is millions of years old or perhaps because of it, it sometimes does not hold together all that well when it meets the diamond blade and water coolant. The good news is that the pieces that flaked off are are good size and very gemmy opal facing on the pieces. I will be cutting the smaller pieces first before putting the larger solids back on the blade. 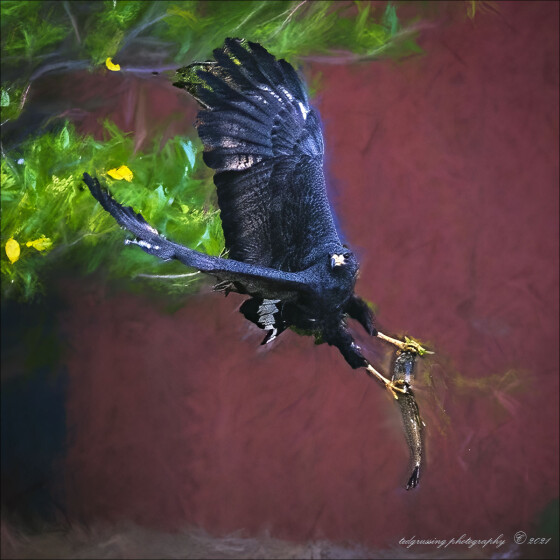 A wonderful afternoon with friends and too much good food. Two foot long hotdogs and a cheeseburger, chili and so much more … layered yummy cake for dessert … even better was the company. 🙂

We had a good monsoon storm tonight and I turned the lights off and just sat in the living room enjoying the intensity of the cell. A lot of lightning was illuminating the red rocks and it was awesome; perhaps we will get a good monsoon this year and I can float the boat in some of the nearby lakes before long.

After shooting the Black Hawks refueling and taking off from Sedona last week, it seems appropriate to put a shot of the raptor Black Hawk being refueled … he has a beautiful trout that he just captured and is on his way to finding a private tree and complete the refueling process.

Below is a shot from above the confluence of Sycamore Creek and the Verde River looking to the NNW. Snow is covering the plateau and the mountains to the north. On the horizon left to right, the beginning of Sitgreaves mountain, then the beautifully capped Kendrick Peak, the San Francisco peaks and on the extreme right, Mt. Elden. 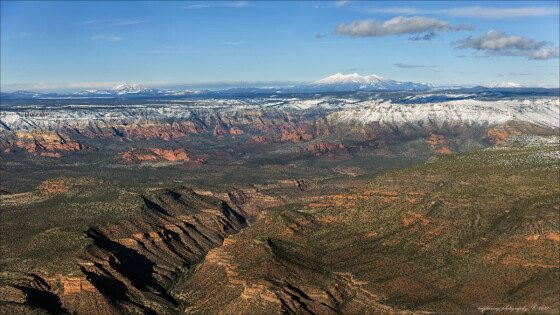 A YouTube video that is worth watching presenting the true story of the Star Spangled Banner , it is very much worth watching and the defeat of the British in this battle in 1814 pretty much secured our liberty. The British had destroyed much of Washington DC, but this battle secured our future. A shame we can not send some of the “silly people” of today, back to relive what these Americans experienced in the formative years of the greatest nation this planet has ever seen … we live in a great country and we are a great people!

Let me not follow the clamor of the world, but walk calmly in my path. Give me a few friends who will love me for what I am; and keep ever burning before my vagrant steps the kindly light of hope. And though age and infirmity overtake me, and I come not within sight of the castle of my dreams, teach me still to be thankful for life, and for time’s olden memories that are good and sweet; and may the evening’s twilight find me gentle still.
— excerpt from A PRAYER by Max Ehrmann