… and canyons seem to compliment each other as in this shot over one of the canyons on the west side of Long Canyon … not sure which one it is and don’t really care either as it is the totality of cloud and rugged canyon which presents the isolation and beauty of the image. 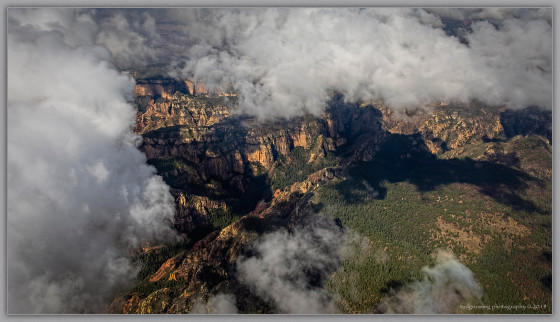 A wonderful rainy day and One and I took it pretty easy and the plan is to sleep in for a while in the morning and simply enjoy the sound of the rain on the roof and skylights. Another simple day is planned … some gem cutting  some photo deletions and begin a book I promised a friend that I would read. One will spend another several hours curled up on my lap and the day will be enjoyed … with a smile and willfully idle … but thinking … or not.

Have a beautiful day and give thanks for life and all that is … back on Monday.

Only the dead have seen the end of war.