It has been a very good day beginning with an early AM flight up to Red Mountain to get some more shots of it … no matter how good you already have, the absolute perfection killer shot is just waiting to be taken so you go back and do it again. On the way up there at 10,500’ the flight was smooth but I knew that very likely when I dropped down to get the shots from an altitude of 8,000’ or less there were going to be some issues. Instrumentation was showing calculated winds aloft at between 25 and 30 kts which is fine and irrelevant when there are no obstructions, but Red Mountain is about 2500’ below Kendrick Peak and directly downwind. Think of it like water flowing in a stream over big rocks … when the flow is only a few knots a few burbles downstream from the rock, but make the water flow at 30 knots and you have some really messy turbulent water behind the rock.  Expectations were fulfilled and I didn’t spend a whole lot of time shooting the mountain this morning, but did get some nice shots and this is one of them.

A stop in the terminal building to get some coffee, visit some friends and then home to get ready for the afternoon as a friend and I were heading down to Watson Lake to enjoy a very breezy, sunny afternoon on the water … and we did. I got some nice shots of Osprey hunting the lake, some Cormorants and Herons … and then there was the shot of me very busy navigating the boat … fun! After exploring the nooks and crannies of the lake we powered up to the windward end of the lake, positioned it so that the wind would take us through the middle of the lake, turned the engines off and drifted down to the far end of the lake, relaxing, listening to the waves lap on the hull and the wind and sun doing their thing. Can’t think of a finer way to spend the day. 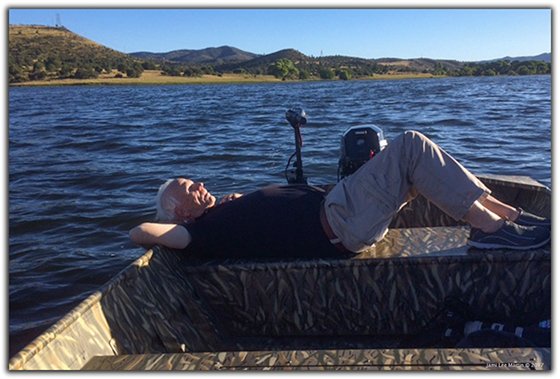 Another day underway, much espresso waiting to be consumed in a few hours … have a beautiful day, enjoy it and smile.