By Ted Grussing
July 4, 2022No Comments
Facebook Twitter Pinterest LinkedIn Email Reddit WhatsApp
Share
Facebook Twitter LinkedIn Pinterest Email Reddit WhatsApp
… a very Happy Fourth of July to you as we celebrate the beginning of the greatest nation that the world has ever known. We are so fortunate to live in this land where above all else we celebrate the freedom to be who we are and to do so without the intervention of the state. Our history has known great division, but in the end we always end up in a better place … the pendulum swings, but never to far in any direction. My grand parents chose well the nation that they adapted and became a part of … God Bless The United States of America!
Yesterday saw some strange happenings in the hood … One and I were out on the deck enjoying a mid morning cup of coffee (at least I was) and I looked over my feet which were propped up on the railing and there was a beautiful bobcat not more than six feet from my toes … my camera was in my lap and as I raised it and began taking pictures, One launched an attack from her position under the table. The entire pursuit lasted about four seconds and I didn’t get a single shot of the chase worth keeping … One broke off the pursuit when the bobcat dove into a clump of bushes and proud of herself, she fluffed out and swaggered her way back to the deck. 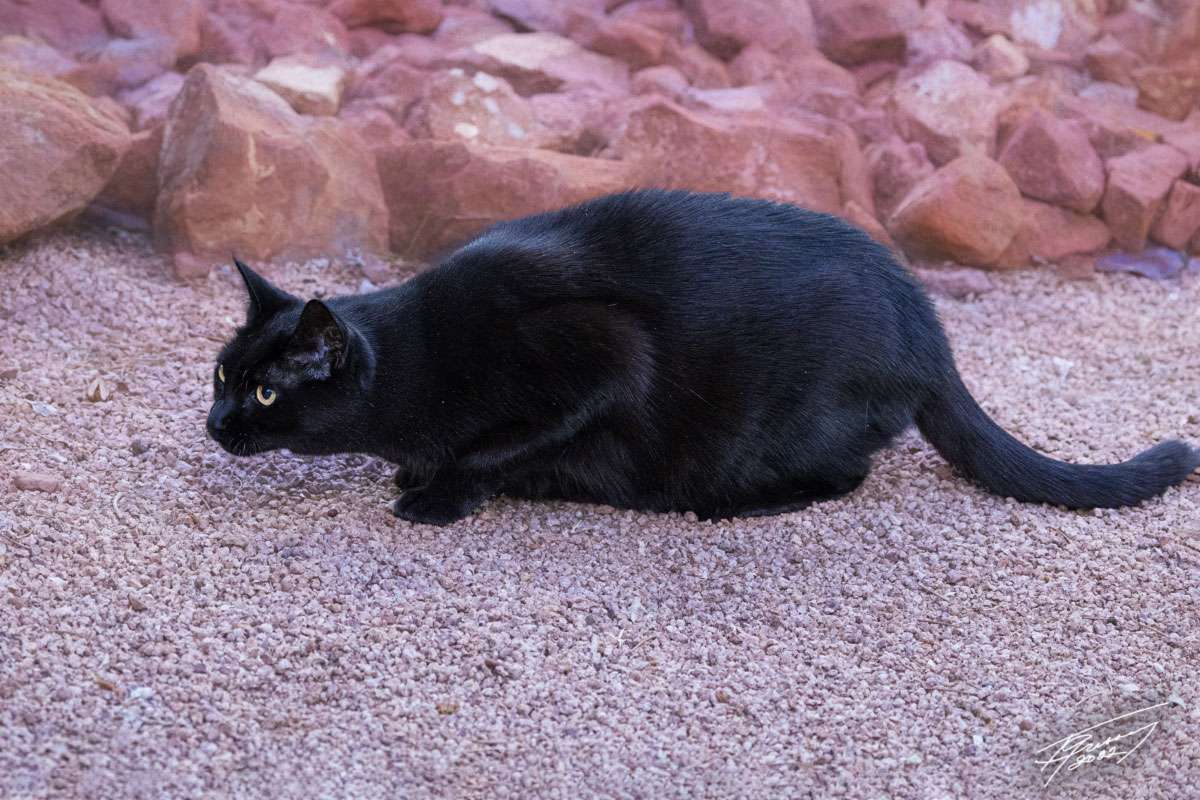 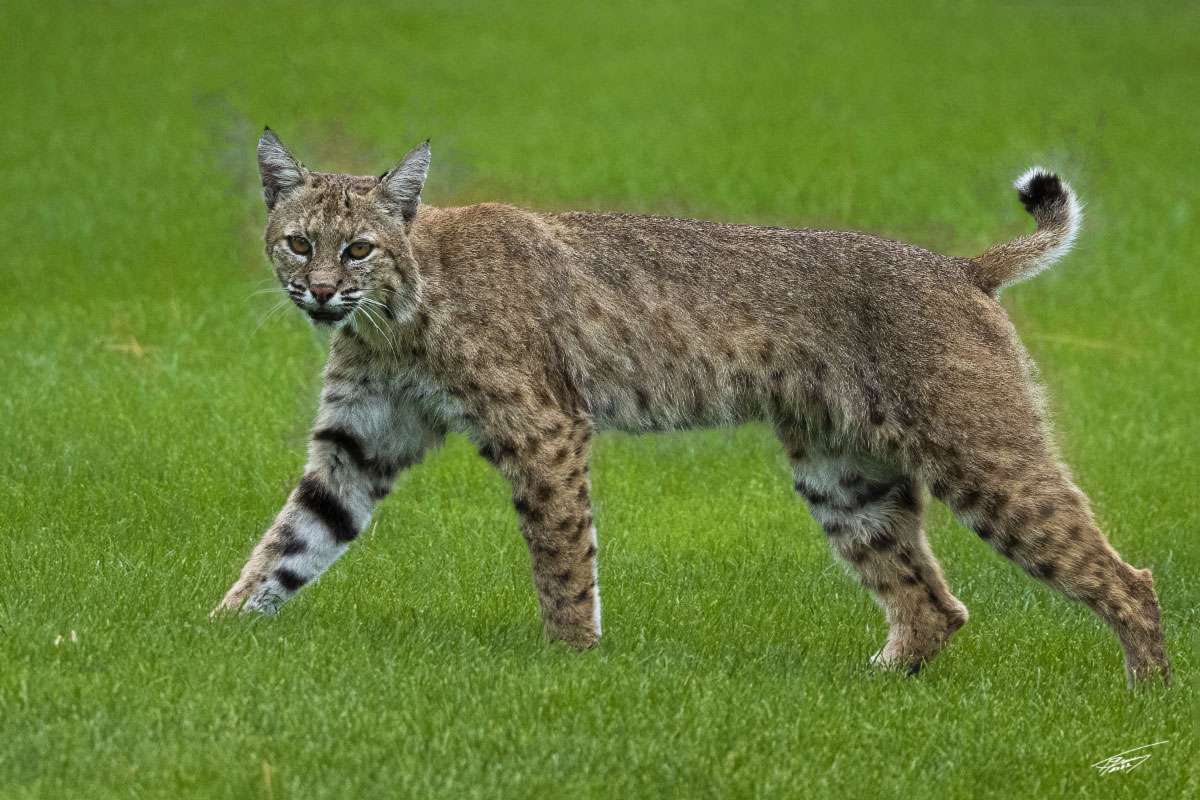 Almost immediately after One had resumed her place on the deck, a coopers hawk began a verbal assault of the bobcat and within a couple of minutes it began diving at the position where the bobcat was taking refuge … after a few minutes of this abuse the bobcat headed across the grass towards the arroyo as the scolding continued … she looked back at me as if to say “what did I do wrong?” and then she slipped into the arroyo headed up towards the red rocks. As she moved up the arroyo, the coopers hawk kept up her assault and I got a photo of her diving at the unseen bobcat. The coopers hawk kept up the attack until they were more than two hundred yards up the fairway towards the green. 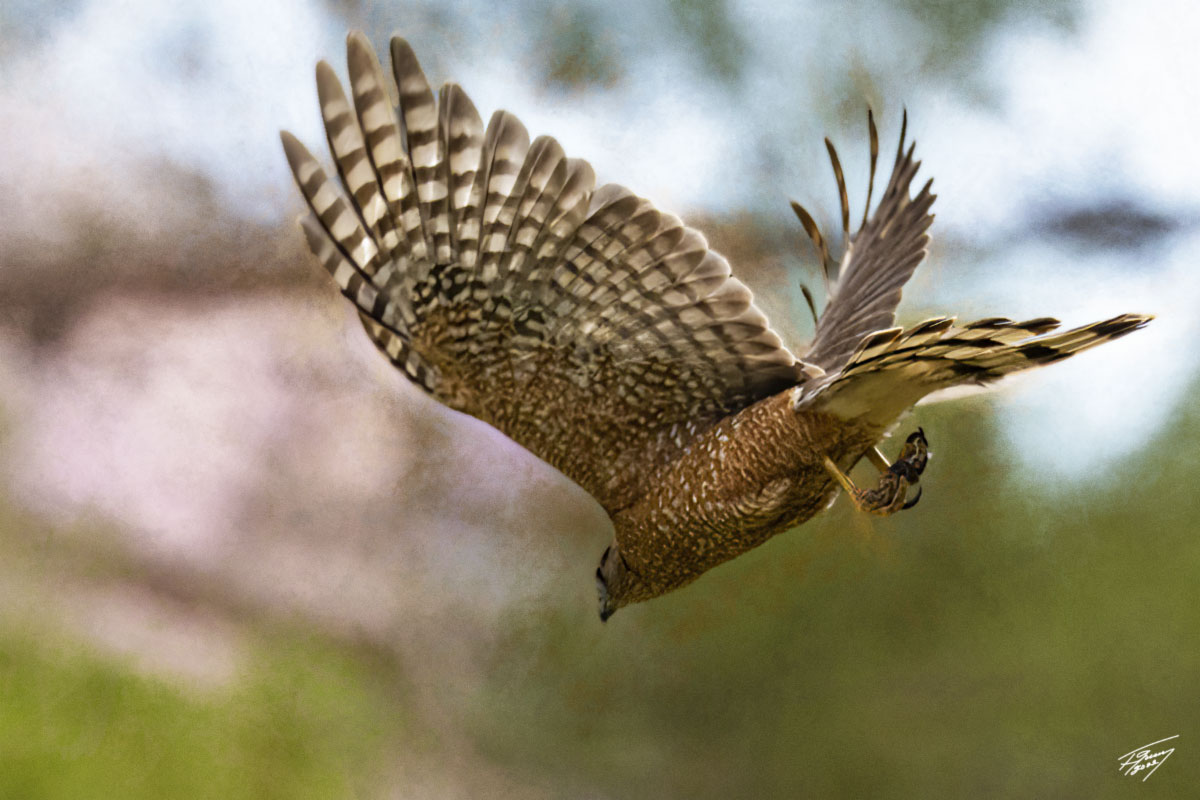 It is rough living in the real world … not a place for sissies and unlike the digital world, it is for real and there are consequences for every act.
One dreamed of another successful pursuit, the coopers hawk of victory over a much larger predator and the bobcat of better days to come.
Have an absolutely wonderful day … turn off the insanity of the digital world for just one day and revel in the company of friends and family as you celebrate the birth of this great land!
With Absolute and Total Joy!
Ted
The dogmas of the world that bound me to pain I cut,
as with a knife;
And now I wander freely, taking counsel of my human
nature and the love of life, lingering where I will,
denying me nothing.
And through the mist of the world I seem to see again
the God of my youth; but grown older, gentler, and
more compassionate, as I myself am older and more
compassionate.
excerpt from Through The Mist Of The World by Max Ehrmann