… thankfully we have cameras and not shotguns when we head down to the ponds to shoot ducks … might get a little dicey in situations like this when the ducks fly behind my friend who was also shooting them. Cameras are nice … everyone gets to go home on a digital storage device and carry that device as opposed to a box. 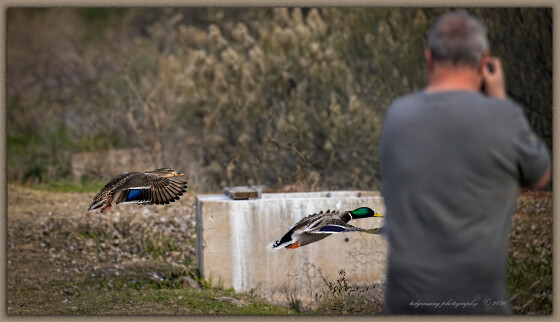 A good day today methinks … my last flight in Mariah before she heads down to Southern Arizona in a couple of weeks with a new owner. For the first time in 23 years I do not own a glider or motorglider … It has been an amazing ride with adventures I never dreamed of before … running cloud streets for miles and miles, catching thermals and being swept aloft and sometimes at more than a thousand feet a minute.I have captured beauty from a vantage point that no one else will ever see again … slope soared along mountain ridges … ridden wave to thousands of feet above the lenticular clouds I love to shoot. It has been sweet and perhaps there will be more in the future and I’ll be spending more time on the lakes hunting wildlife.

New doors being opened and chapters that will be lived.

Have a beautiful day and keep breathing!