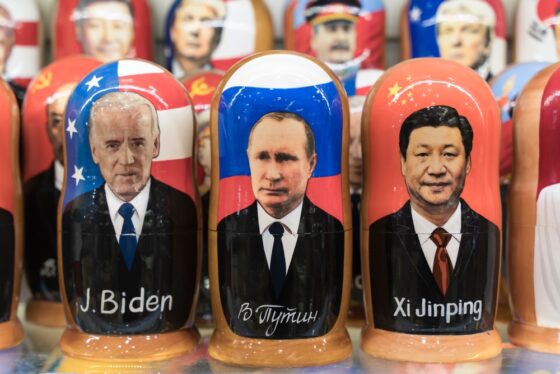 Sedona, AZ — George Orwell’s classic novel 1984 is a dystopian novel, or a story where a handful of rich and powerful people manipulated facts in such a way that there was no way to find the truth. Orwell wrote about a world where there was great suffering and injustice. His book popularized the term “Orwellian” and from his views, terms like “Big Brother”, “Thought Police”, “Doublethink”, “Thoughtcrime” and “Newspeak” and so forth are frequently used today, seventy or so years after the publication of 1984.

Billionaires and government leaders have learned a lot from Joseph Goebbles. Here in the United States, it is clear to most American citizens that the owners of media platforms like Fox News, CNN and Facebook twist and bend the facts to support the views of the controlling shareholders. The tension is so heated that it has become a fulltime job to determine the truth.

This is brightly visible in the coverage, for example, of the election between Trump and Biden, the cause of inflation, the reason gas prices have gone through the roof, political corruption at home and abroad, the reason behind historic spikes in crime, the relationship between corporations and government, and last but not least, the War in Ukraine.

It is disturbing to me that the lynching media mob will attack any voice that questions American/NATO foreign policy in Ukraine. They media did the same thing when Hunter Biden left his laptop in a repair shop. An email made reference to putting 10% aside for the “Big Guy”. The majority of the news media declared that this story was Russian misinformation. But this week the New York Times conceded, a year after the fact, that the email and the laptop really belonged Hunter Biden and the story was not the product of Russian misinformation.

You cannot trust the media. They represent the views of corporations.

A day before the Russian invasion, the government of Ukraine was viewed by American foreign policy experts as a corrupt government. Indeed, in 2014 President Obama signed into law the Support for the Sovereignty, Integrity, Democracy and Economic Stability of Ukraine Act of 2014 (Public Law No. 113-95). The law expanded the power of the president to sanction any person involved in acts of corruption and human rights violations with respect to Ukraine. The act targeted corrupt Ukrainians and Russians.

In 2016, Vice President Joe Biden leveraged $1 billion in aid to persuade Ukraine to oust its top prosecutor, Viktor Shokin. At the same time, seemingly unrelated, Hunter Biden was appointed to Burisma, a Ukrainian energy company, with a paycheck of $50,000 a month. Biden supporters argued that Hunter’s appointment had nothing to do with Shokin investigations of Burisma and Biden. Rather, Biden supporters argued the target of Vice President Biden’s intervention was to prosecute Russian mafia types and Ukrainian politicians who were milking the country for millions of dollars.

Donald Trump was impeached by the House of Representatives for allegedly calling Ukrainian President Zelenskyy and pressuring him to investigate the relationship between Hunter Biden and how he landed up on the Burisma Board. The Democratic Party charged that Trump threatened to hold up foreign aid until President Zelnskyy made a public announcement that his government would investigate the Bidens. Trump denied the charges and stated there was nothing wrong with asking questions about Hunter Biden’s appointment to the Burisma Board, given the President’s son had no background in energy policy and had issues with drug addiction. To be sure, Trump was working to get dirt on Joe Biden.

From the Russian Viewpoint

With rare exception, for the majority of its history, Ukraine has been part of Russia. When the USSR existed, Ukraine was the bread basket for the Soviet Union, providing food, meat and pipe manufacturing to what was once the largest Republic in the world. Still, Ukraine, like India and China is dependent on Russia for oil and gas.

The years passed. Although Russia agreed to the independence of Ukraine, it was not happy to see other nations filling their pockets with money that historically filled the bank accounts of Russian Oligarchs and Mafia types. Now, foreign Oligarchs and Mafia types are milking Ukraine for its riches. Obviously, the safety of the citizenry was and is deemed as collateral to the ultimate agenda.

Simply put, Putin wants Ukraine back in the Russian orbit. He has already stated that it was a mistake to let Ukraine leave the Republic. He views the NATO nations as parasites feasting on a country where corruption is a way of life. The only difference is the mafia families have changed.

The Syrian Observatory for Human Rights, a UK based monitoring group declared that in the past decade over 606,000 people have been killed and over 14 million Syrians have become refugees. Russia, Iran, Hezbollah, Iraq, Afghanistan, Yemen, the US, UK, France, Turkey, Saudi Arabia, Qatar and Israel have all shared in the killing of soldiers and civilians. The civil war in Syria continues today.

Will There Be a Conclusion?

When this war began, President Putin stated that all he wanted was a signed treaty that Ukraine would never be part of NATO. In various speeches he stated that he did not want missiles and other weapons positioned in Ukraine and pointed toward Moscow, kind of the Putin version of the Cuban Missile Crisis. On the other side, the NATO nations took the position that Ukraine was free to do what he wanted. This position presumes that the current Ukrainian Government and Oligarchs are free of NATO puppet strings.

Putin will also demand recognized independence for the mostly Russian speaking eastern Ukraine regions known as Donbas and Luhansk. In 2014, these regions held a popular vote to become part of Russia. Moscow has not accepted the referendums, but has used these regions as outposts to resist NATO. In the past 8 years over 14,000 people have been killed as the Ukraine military has attempted to capture these regions. President Putin has officially recognized Donbas and Luhansk as independent territories.

If there is a peace treaty that prohibits Ukraine from joining NATO, recognizes the independence of Donbas and Luhansk, and prohibits the installation of offensive weapons in Ukraine, the instant killing and murder will be exposed for what it is: various Mafia type factions from all over the world fighting for the lucrative riches of Ukraine. Despite the dark conspiracy theories, there is more money to be made in peace time profits arising from agriculture, manufacturing and trade.

And if the pre-invasion demands are all it takes for Russia to leave Ukraine, then the Western Nations and the United States have gravely miscalculated everything and have contributed to unnecessary violence and mayhem.

Can a nation such as Ukraine be truly independent? Is there any argument to be made for the notion that Russia has a right to demand that no offensive force, especially NATO be placed on the Russian border, namely Ukraine? In addition to Russia, how many corrupt nations have been stealing from the people of Ukraine? Is there a way to ensure that smaller nations can be independent from all other nations? To be sure, the American people have a right to know about the financial contacts between America and the Ukrainian pocketbook. As Joe Biden said in sum and substance, before we become involved, our involvement should be as white as snow.

Let’s not have another Syria. Give Peace a Chance.

Editor’s Note: Sedona.biz welcomes well-written and insightful articles from the general public on any subject of interest, locally, nationally and global. This article first appeared as a comment to our last Editorial by Tommy Asia titled “On Man. Omen.” We feel this comment provides an interesting perspective worthy of publication as a Guest Editorial. Sean Dedalus is a regular commentator on Sedona.biz.