The Sedona International Film Festival hosts the big screen premiere of “The Importance of Being Earnest” at its Mary D. Fisher Theatre on Sunday, May 1 at 4 p.m.

Directed by Adrian Noble (Amadeus, The King’s Speech, Chitty Chitty Bang Bang), Wilde’s superb satire on Victorian manners is one of the funniest plays in the English language – the delightful repartee and hilarious piercing of hypocrisy and pomposity will make you laugh out loud! 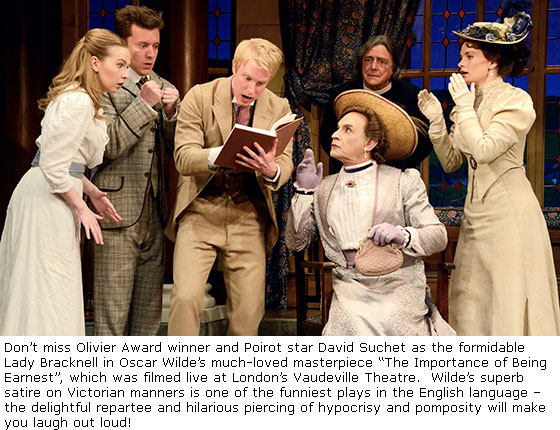 “The Importance of Being Earnest” is considered Oscar Wilde’s best work and has been performed regularly all over the world. The play was first performed on in February 1895 at the St. James Theatre, London and 2015 marked its 120th anniversary. 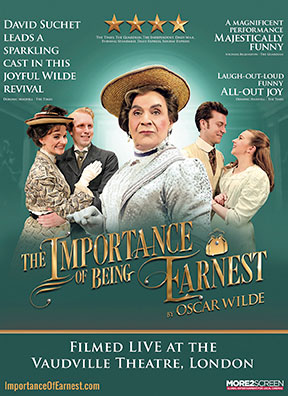 Critics are raving about “The Importance of Being Earnest”, and it has garnered 4- and 5-star reviews from every major publication in London:

“The Importance of Being Earnest” will be shown at the Mary D. Fisher Theatre on Sunday, May 1 at 4:00 p.m. Tickets are $15, or $12.50 for Film Festival members. Tickets are available in advance at the Sedona International Film Festival office or by calling 928-282-1177 or online at www.SedonaFilmFestival.org. Both the theatre and film festival office are located at 2030 W. Hwy. 89A, in West Sedona.