The History and Mythology of Montezuma’s Well

Sedona AZ (April 22, 2013) – Local author and former guide Robert DeMayo will discuss the history and mythology of Montezuma’s Well at The Well red Coyote on Saturday, April 27 at 2:00 pm.

DeMayo enjoys a strong connection to Montezuma’s Well and the sacred quality and mythology of it. He will talk about the Well as well as the mythology of the Yavapai-Apache origin myth, which he combined in his novella, The Cave Where the Water Always Drips. 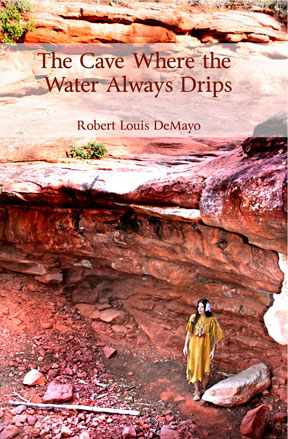 The Yavapai/Apache creation legend begins there, when someone did something wrong and it flooded, causing everyone to die except a young woman named Kamala. The legend states that as the water rose the village united in sealing Kamala in a hollow log so she alone would live.

“There was something very spiritual about that place, and maybe a little dark,” says DeMayo. “Looking down at the moon reflecting in the still water, one naturally asks; what could someone have done that would make their god angry enough to kill all but one? Or what could have been so special about Kamala that they all worked together to save her life—while everyone around them drowned? This story offers a suggestion as to what might have happened to the young girl who had to live alone after everyone died—I believe in every story there is a kernel of truth, and I wanted to explore it.”

He has put those legends and other tales into his novella, The Cave Where the Water Always Drips, including legends of Spaniards, a lost treasure, and a local gold mine that no one has found in modern times

DeMayo has traveled throughout the world, searching through every ruin he could find, always curious about the early people and their myths, and always obsessed with lost cities and forgotten treasures. To date he has traveled through over 100 countries, crossing most of them overland—Africa three times. When he moved to Sedona, he worked initially as a guide for A Day in the West exploring the high desert as a jeep tour guide. He learned the local legends so he could share with tourists what it must have been like to live in this area in prehistoric times.

He will share those stories and what he’s learned about those early people with us during this talk.